This pop has helped propel the healthcare real estate investment trust (REIT) stock's return to almost break-even for 2018. It's returned negative 1.4% so far this year through Monday, Sept. 10. 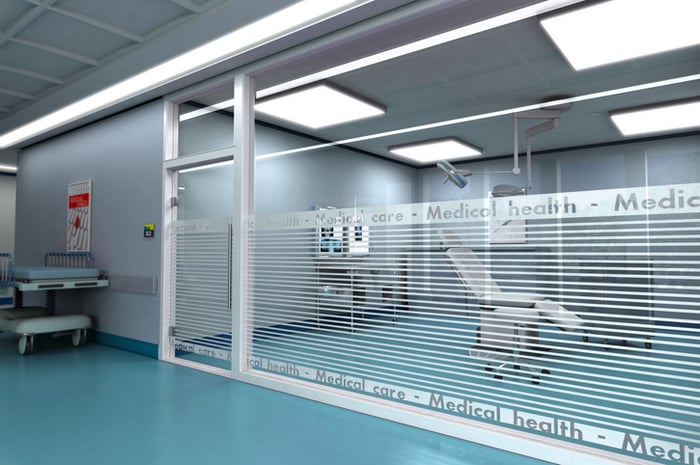 We can attribute at least a portion of Physicians Realty Trust stock's robust August performance to the company's release of second-quarter results that pleased the market. Shares rose 7% in the three trading days following the release on Aug. 2. By contrast, the S&P 500 moved up 1.3% during this time period.

In the second quarter, Physicians Realty Trust -- which focuses on investing in medical offices -- grew revenue 40% year over year to $107.0 million. It posted adjusted funds from operations (FFO) of $0.28 per share, up 16.7% year over year. (FFO is a closely watched metric for REITs that can be thought of as akin to "earnings" for REITs. It's the primary driver of payouts to shareholders, and adds such items as depreciation and amortization back to net income.)

As of end of the quarter, the company's portfolio was 96.6% leased, excluding assets it classified as held for sale.

Healthcare-focused REITs, in general, should prove to be an attractive niche within REITs for the foreseeable future. The U.S. population is aging -- a dynamic that's projected to continue for decades -- and, on average, older people have considerably more healthcare needs than younger folks.

As to Physicians Realty Trust specifically, it seems worth putting on your watch list if you're an income-oriented investor comfortable with a stock that has a risk level a bit higher than that of some of its peers. This stems largely from the company's leverage situation, though it's working to strengthen its balance sheet. To help compensate for this increased risk, the stock is currently yielding 5.4%.