Strong quarterly results, great performance for a legacy game, and the promise of an upcoming release helped Take-Two stock post its best month in 2018. 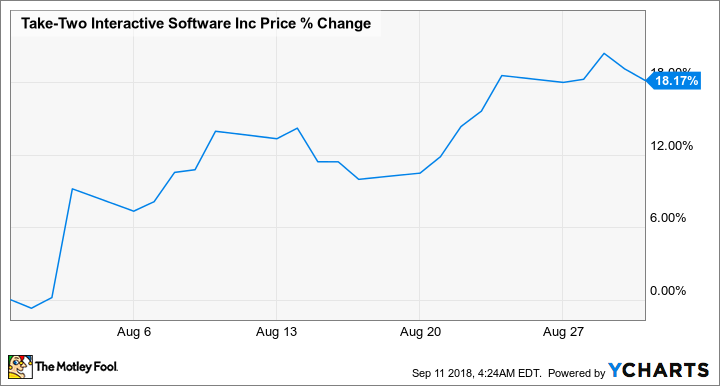 The stock also appears to have benefited from a preview of upcoming game Red Dead Redemption 2 (RDR 2) and strong post-earnings sales performance from the company's hugely successful Grand Theft Auto V (GTA V), which first released in 2013 but has shown unprecedented sales longevity in the subsequent years. 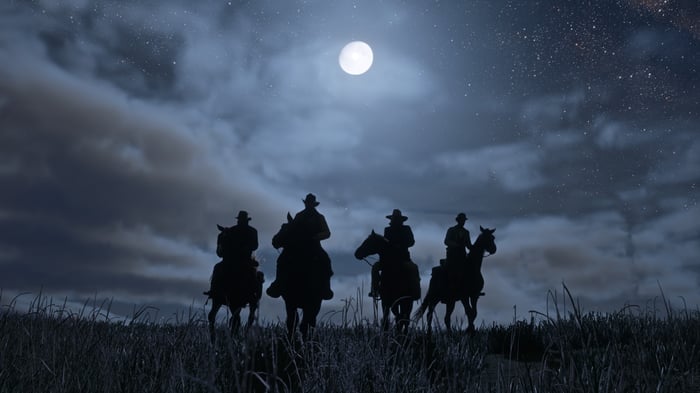 Take-Two published second-quarter earnings after market close on Aug. 2. Sales were down roughly 7% year over year to land at $388 million, but earnings for the period actually climbed roughly 11%  thanks to a more favorable, digital-heavy sales makeup. Continued outperformance from GTA V was once again the biggest story of the quarter.

The company then debuted a six-minute gameplay trailer for RDR 2 on Aug. 9, which was well received and supported the general consensus that the game will be a hit. The next major catalyst for Take-Two stock appears to have come from NPD Group's sales data for North American video game sales in July, which was published on Aug. 22. The report delivered another victory for Take-Two and GTA V, with the company's marquis title coming in as the second-best-selling game for the month.

RDR 2 is due for release on Oct. 26 and looks primed to be a huge sales hit. Investors should keep a close eye on the title's performance. While RDR 2 is widely expected to put up great numbers, it's also important to remember that success isn't a given, and the title could still underperform if its quality fails to meet players' high expectations. The game is Take-Two's most important new release since GTA V and an important step in the company's efforts to strengthen its franchise portfolio, and it can be expected to have a big impact on the stock's performance over the next couple of years.