The company plans to return gobs of cash to shareholders by taking on additional debt.

NXP Semiconductors ( NXPI -0.12% ) spent much of the past two years in limbo as Qualcomm worked to get approval to buy the company. Now that that deal has been scuttled by Chinese regulators, the Dutch chip company needs to find its own path forward.

A massive $5 billion share-buyback plan announced soon after the buyout deal collapsed was step one. NXP executives laid out more of their strategy in an Analyst Day presentation on Tuesday, including a new dividend and plans to boost gross margin. But investors and analysts weren't impressed. Shares tumbled on Tuesday and opened down on Wednesday, and the stock got a fresh downgrade from Stifel, which now rates NXP as a hold. 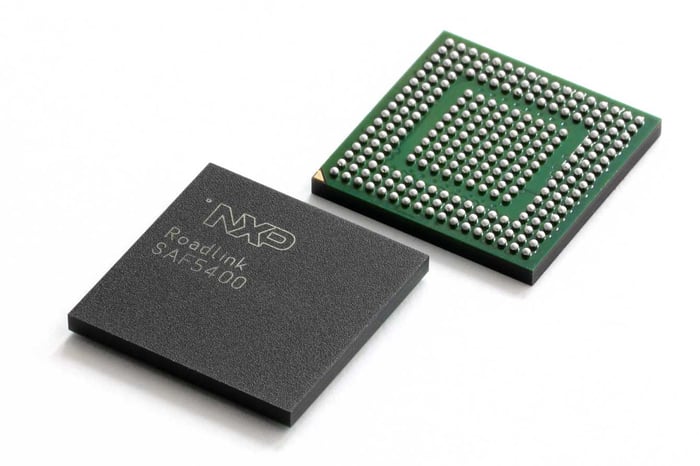 NXP's business is skewed toward the automotive industry. The company is the leading global automotive semiconductor supplier, and it generated 49% of its trailing-12-month revenue from the automotive end market. About 21% of revenue comes from its industrial and Internet of Things (IoT) segment, 17% from communications infrastructure and other, and 13% from mobile.

NXP aims to grow its total revenue though 2021 at a rate greater than 1.5 times that of the semiconductor industry as a whole. The company expects revenue to expand by 5% to 7% annually, with the following breakdown between end markets:

Within the automotive business, the core business, comprised of infotainment, powertrain, and secure car access, is expected to grow along with the market. New business, including advanced driver-assistance systems, radar, vehicle networks, and electrification, will drive the above-market growth in NXP's automotive segment.

Along with growing revenue faster than the market, NXP plans to boost its non-GAAP gross margin to 55% by the end of 2019. Gross margin was 53.4% at the end of the second quarter of this year, up from 50.4% in 2016. The company may sell low-margin businesses to accomplish this goal.

Helping to drive this growth will be significant investments in research and development. NXP plans to grow both automotive and industrial R&D spending by 15% annually, along with a 3% annual bump in mobile R&D. This will be paid for in part by reducing R&D spending for communications infrastructure by 6% each year.

Dialing up the debt

One possible reason for the negative reaction from analysts and investors is NXP's plan to put more debt on the balance sheet. The $5 billion share-buyback program was partially paid for by a $2 billion breakup fee from Qualcomm, but the rest will likely be funded with debt. At the end of the second quarter, prior to the buyback announcement, NXP had about $5.3 billion of long-term debt.

NXP sees room to increase its debt load by $2 billion to $4 billion. Along with the expected $7 billion to $8 billion of cumulative free cash flow the company plans to generate through 2021, that creates between $9 billion and $12 billion to invest in the business and return to shareholders over the next three years.

NXP has already spent $3.76 billion on share buybacks since announcing its plan, and it expects to complete the $5 billion program by the end of the year. More buybacks may be in the cards, with NXP saying that it has "the capacity to continue to do substantial buybacks" in its Analyst Day presentation. A new dividend will also eat up some of that available cash. NXP initiated a $0.25 per-share interim dividend, payable on Oct. 5, and it plans to pay out between 20% and 25% of its operating cash flow going forward.

Piling up debt to return cash to shareholders is a risky business that will ultimately make NXP more fragile in a downturn. The company is doing well at the moment, but warning signs are starting to emerge in parts of the semiconductor industry. Some analysts are warning about an oversupply of memory chips next year, and Morgan Stanley is predicting a significant correction in the semiconductor sector, regardless of the severity of the escalating trade war between the U.S. and China.

In other words, NXP may be taking on more debt at the exact worst moment to do so. You want a robust balance sheet going into a downturn, not a debt-ridden one.

It's almost a certainty that the amount of semiconductor content in automobiles will rise in the coming years. NXP is well positioned to benefit from that growth. But investors should be, and appear to be, at least a bit concerned about the company's capital return plans. NXP should be paying down its debt when times are good, not ratcheting it up to fund share buybacks.