Shares of Progenics Pharmaceuticals (NASDAQ:PGNX) are down 16.8% at 12:07 p.m. EDT after releasing disappointing top-line data for the phase 3 clinical trial testing its prostate cancer imaging agent, dubbed 1404. While the test proved specific enough, it didn't meet the study's other endpoint of sensitivity.

For the trial, specificity was defined as the ability of 1404 to identify patients without clinically meaningful prostate cancer; three independent readers of the scans put the specificity in the range of 71% to 75% with a 95% confidence interval of 64% to 80% -- that is, 95% of the time, if the trial was repeated, the result would fall in that range. 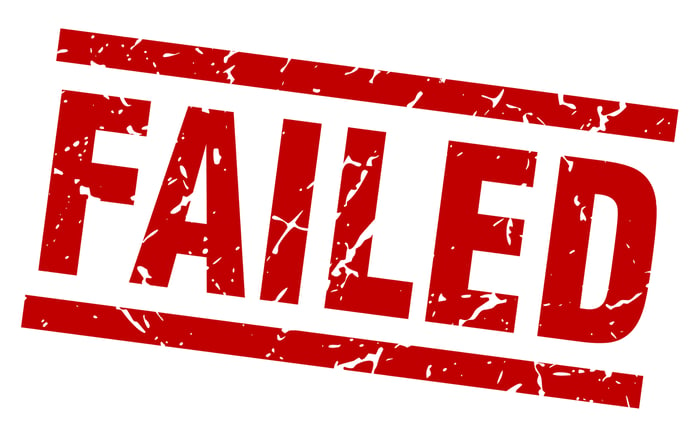 The problem for Progenics Pharmaceuticals came with the sensitivity, or the ability of 1404 to identify patients with clinically significant disease, which only came in at 47% to 51% among the three readers with a 95% confidence interval of 41% to 56%. In other words, there were too many false-negative calls of patients who had prostate cancer but were deemed to not have clinically meaningful disease.

Management noted that 1404 produced significantly higher sensitivity in the phase 2 trial, so Progenics Pharmaceuticals is analyzing the data to try and figure out where things went wrong. Barring some clerical error and the trial was really a success, investors should assume the best-case scenario is that Progenics has to run another trial, with the worst being that the program is scrapped altogether.

Fortunately, 1404 isn't Progenics Pharmaceuticals' only product. It derives income from sales of Relistor, which is sold by a partner to treat opioid-induced constipation. And in late July after some delay, Progenics gained Food and Drug Administration approval for Azedra to treat a pair of neuroendocrine cancers called pheochromocytoma and paraganglioma.

A positive trial and FDA approval of 1404 would have added further diversification to Progenics' revenue mix, but arguably, Azedra is most important to Progenics' near-term valuation. Investors will get to see how the launch is going when the company releases third-quarter earnings toward the end of October.