The all-in-one online-to-offline app is making its public debut soon. Should investors be greedy or fearful?

Meituan-Dianping, the Chinese combination of Groupon and Grubhub, with additional operations in hotel bookings and ride and bike hailing, confirmed that it has begun taking orders for an upcoming IPO. For reference, I profiled the company earlier this summer here. The company has priced its shares at 69 Hong Kong dollars (~$8.80 USD) and it will begin trading on September 20 on the Hong Kong Stock Exchange.

Meituan is seeking to raise $4.2 billion at a valuation of roughly $52 billion, which would make it the largest international internet IPO since Alibaba in 2014.

That $52 billion is actually less than what the company was reportedly seeking earlier this year, when Bloomberg reported that Meituabn may be seeking to raise $6 billion on a $60 billion valuation.

Obviously, trade war talks and depreciation of the Chinese yuan since then have weighed on Chinese stocks, so it's not surprising the company is raising less than initially hoped. Still, it's much less of a haircut than smartphone maker Xiaomi took when it saw its IPO valuation cut nearly in half from initial expectations.

When it begins trading, should you consider Meituan at the current "discount"? Interestingly, both Bloomberg and the Wall Street Journal came out with opinion pieces that in no uncertain terms called the stock grossly overvalued.

Nevertheless, Meituan has also reported strong interest from hedge funds and private investors, including the richest man in Hong Kong. So who's right? 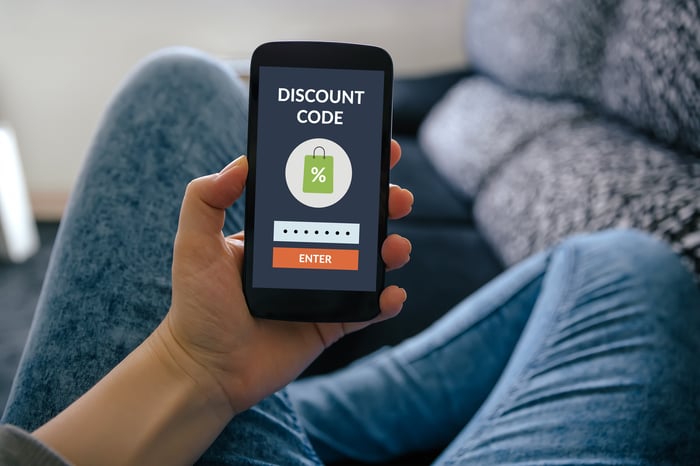 Who's getting on board

Meituan and its bankers have already had several companies and investment funds join the offering. According to Reuters, these include existing backer Tencent (TCEHY 2.46%), which will put in another $400 million, as well as Oppenheimer ($500 million), Lansdowne Partners, a U.K.-based hedge fund ($300 million), Darsana Master Fund LP, a U.S. hedge fund ($200 million), and China Chengtong Holdings Group ($100 million), a Chinese conglomerate that's controlled by the government.

In addition to that $1.5 billion tranche, Bloomberg reported that Li Ka-shing, the richest man in Hong Kong, will also participate. Li is the retired former chairman of CK Hutchison Holdings (HK:0001) and CK Asset Holdings, is a Chinese conglomerate he started from a plastic factory in 1950. Thomas Lau, another tycoon who is chairman of department store operator Lifestyle International Holdings Ltd. (HK: 1212), is also set to invest personally.

While one should never invest in a company merely due to its investor base, it certainly helps to know that some prominent investors are investing and that existing investor Tencent is investing further rather than just purely raising capital from others.

In preparation for the IPO, Meituan also says it will now dial back investments in new growth engines that are unprofitable and instead focus on its core business of food delivery, where it has nearly 60% market share.

The company now says it will curtail investments for its car ride-hailing service. Previously, Meituan had hoped to leverage its 310 million MAUs (monthly active users) to start a formidable challenger to dominant ride-hailing company Didi Chuxing, but now it looks as if those plans will be put on hold or terminated. In addition, the company recently pledged to focus more on the domestic market and pull back on overseas investment.

Meituan also released some newer financial information, saying that it grew revenue 95% to RMB 15.8 billion in the four months ended in April. The company also reported a huge RMB 22.8 billion loss -- though virtually all of that was from the $2.7 billion acquisition of bike-sharing platform Mobike. In 2017, the company grew 161% and reported an adjusted net loss of only RMB 2.85 billion (about $400 million).

The decision to invest in Meituan is dependent on if you are comfortable investing in aggressive, high-growth companies that make little to no profit. If yes, you might be interested. If revenue doubles from 2017 this year, you will be buying into Meituan at around 11 times trailing sales and 6 times 2018 sales, which is not unreasonable for a company that is growing at a greater than 90% clip.

Still, keep in mind that food delivery is not the most profitable business, and Meituan is up against Alibaba's Ele.me in food delivery service. That competition might put a lid on the company's ultimate profitability.

Still, there's a lot to like in this story. With nearly 100% growth, being the exclusive food delivery portal from super-app WeChat (which Tencent owns), and a management team that has heard investor concerns and is adjusting its growth plans, Meituan should inspire some confidence.

While I might not buy into Meituan's IPO, I'll definitely be monitoring its progress going forward.