Chip giant Intel (NASDAQ:INTC) has been hard at work in trying to diversify its business from the PC market. Nevertheless, even as the company pursues that diversification effort, its so-called "PC-centric" business, known as the client computing group (CCG), is and will continue to be critical to the company's financial performance.

To that end, it's important for any current and prospective investors in the chip giant to have a solid understanding of the basics of CCG. To that end, here are two things you need to know about it. 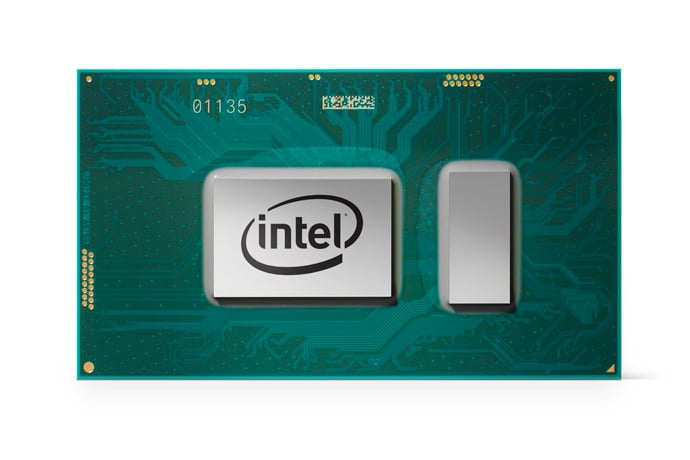 Whenever Intel reports its earnings results, you'll notice that it reports a revenue figure for CCG, and then it breaks that number down into two distinct sub-segments: platform and adjacent.

Here's what Intel has to say about platforms: "Platform products incorporate various components and technologies, including a microprocessor and chipset, a stand-alone [system-on-a-chip], or a multi-chip package."

An example of a microprocessor and a chipset pairing would be an Intel Core i7-8700K desktop processor and the accompanying Z370 chipset (referred to as a platform controller hub or PCH) that's mounted onto the motherboard that the 8700K plugs into. These are two distinct chips, but together they form a platform (since that CPU can't operate without a PCH, and that PCH is useless without a CPU).

A multichip package is as the name suggests: It's the combination of a microprocessor and a PCH onto a single semiconductor package (the image that's near the beginning of this column is an example of a multichip package). Many of Intel's laptop processors are multichip packages.

And finally, Intel's low-cost Atom processors are stand-alone systems-on-a-chip -- that is, they incorporate both the microprocessor and the functionality that would otherwise reside in a separate PCH chip into a single piece of silicon.

The company explains that its "remaining primary product lines are incorporated in 'adjacency.'"

Examples of the kinds of products that Intel counts as adjacency include cellular modems and Wi-Fi/Bluetooth combination chips.

Platform sales make up the vast majority of Intel's CCG revenue. During 2017, total CCG revenue was $34 billion, with $31.2 billion of that (about 92%) coming from platform sales. The remainder -- a relatively small portion of overall CCG revenue -- comes from the adjacent products.

In its most recent annual filing, Intel also showed how much revenue it generated from platforms that power desktop computers as well as from notebook computers:

Clearly, sales of platforms into notebook computers were significantly greater than sales into the desktop computer market for the chip giant.

You might notice that the notebook and desktop platform revenues don't quite add up to the total CCG revenue listed -- there's about $165 million that's unaccounted for. Intel tells me that CCG platform revenue includes "home gateway and tablet SoCs," and that "it's a combination of these that accounts for the remainder."

CCG not only generates substantial revenue for Intel, it also throws off a lot of operating profit, too. In 2017, CCG raked in $12.92 billion in operating income -- a figure that was up more than 21% from the prior year. It was also the single largest source of operating income for the company during the year.

Clearly, DCG is catching up to CCG in terms of operating income contribution.

It's worth noting, though, that during the first half of 2018, CCG's operating income suffered a $595 million headwind thanks to "period charges primarily associated with engineering samples and higher initial product costs from our 10nm products."

Put simply, CCG seems to be taking a financial hit this year from Intel's efforts to bring its first 10nm products into mass production. This isn't surprising considering that Intel has said that the first systems incorporating chips manufactured using its 10nm technology will be "on shelves for the 2019 holiday season." The first DCG products manufactured using 10nm technology aren't expected to launch until sometime in 2020 (Intel executive Lisa Spelman said in an interview with AnandTech that those products should come in "the middle of 2020").

Even still, if we ignore that $595 million headwind, Intel's CCG would've raked in around $6.62 billion in operating income. That's significantly more than DCG brought in, to be sure, but the gap would still have been smaller than it was last year.