However, that survey didn't indicate if those users reinstalled the app, and a recent eMarketer survey estimates that the total number of U.S. Facebook users will still rise 1% to 169.5 million this year. The firm also reports that Facebook remains the top social network across all age groups except for teens. 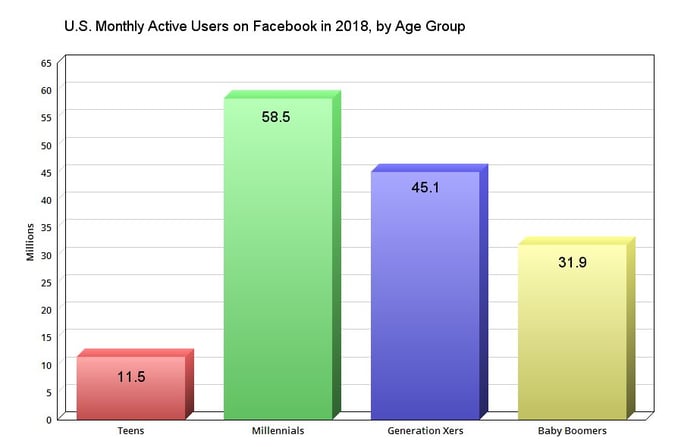 For that youngest demographic of social media users, Snap's (NYSE:SNAP) Snapchat leads, and it is on pace to remain the top app among teens, with 16.4 million monthly active users (MAUs) this year. It's followed by Instagram -- which Facebook acquired in 2012 -- with 12.8 million MAUs. Facebook's main platform should rank third, with 11.5 million MAUs.

Instagram remains the second-most-popular social networking platform among millennials (43.3 million MAUs) and Gen Xers (23.5 million MAUs), while Pinterest ranks second among baby boomers, with 12.9 million MAUs. These numbers indicate that although Facebook has hit some big speed bumps, the rumors of its death were greatly exaggerated.