Please ensure Javascript is enabled for purposes of website accessibility
Free Article Join Over 1 Million Premium Members And Get More In-Depth Stock Guidance and Research
By Dan Caplinger - Sep 17, 2018 at 9:08AM

One commissioner thinks that the regulatory agency's stance on cryptocurrencies has a major flaw -- and she wants to fix it.

Cryptocurrencies have had a tough time of it lately. After working so hard to climb above $10,000, bitcoin prices have been down most of the year, and other cryptocurrencies have seen even more dramatic declines in 2018. Many in the industry have worked hard to give investors greater access to bitcoin and other crypto tokens, and a key part of their strategy has been the attempted introduction of bitcoin ETFs that ordinary investors can buy and sell on major stock market exchanges.

So far, the U.S. Securities and Exchange Commission has stood in the way of allowing bitcoin ETFs to begin to trade, with multiple decisions rejecting requests from ETF providers interested in cryptocurrency-related products. Yet there's one commissioner on the SEC, Hester Peirce, who has been a voice of dissent, arguing that the regulatory agency's stance on bitcoin ETFs has actually been counterproductive in the SEC's goal to provide greater investor protection. 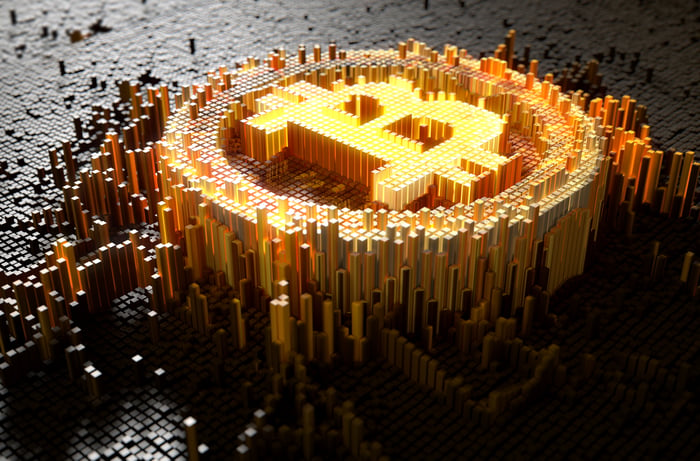 The SEC's view on bitcoin ETFs

In evaluating proposed bitcoin ETFs from well-known ETF provider ProShares and bitcoin pioneers Tyler and Cameron Winklevoss, the SEC focused largely on concerns that the bitcoin markets were still subject to a substantial risk of fraud and manipulation. Without well-established markets either for bitcoin or for related derivatives like bitcoin futures, the agency didn't feel comfortable allowing bitcoin ETFs to trade. The majority of SEC commissioners believed that because there wasn't enough institutional oversight in its view in any relevant cryptocurrency market to keep would-be manipulators or wrongdoers from engaging in fraud and other improper behavior.

Yet in the SEC's decision to reject the Winklevoss Bitcoin Trust, Peirce issued a dissenting opinion. Her July 26 letter offered an interesting counterpoint to the majority decision and gave many cryptocurrency investors hope that products related to bitcoin and other tokens could eventually win SEC approval.

In her comments, Peirce argued that she would have allowed the Winklevoss Bitcoin Trust to begin trading. She believed that the ETF had met the statutory requirements of Section 6(b) of the Securities Exchange Act of 1934, asserting that the rest of the SEC had misread the requirements related to fraud and manipulation.

In Peirce's view, the fact that the NYSE Arca exchange itself has rules that will require a bitcoin ETF to meet initial and continued standards for being listed on the exchange. Registered market makers would have to take steps to deter manipulation through actions like limiting certain types of trading activities and making records available to the exchange and to regulators. In other words, Peirce thinks that NYSE Arca would have the ability to protect investors from fraud and manipulation, and she saw no reason to think that the exchange wouldn't do so.

Going even further, Peirce argued that disapproving bitcoin ETFs actually inhibits a process that should lead to greater investor protection in the cryptocurrency space. She believes that bitcoin ETFs would help to institutionalize the cryptocurrency market, eliminating price disparities across various exchanges for bitcoin and other crypto assets and encouraging more institutional investors to get involved in the market.

Moreover, ETFs offer investors greater predictability, transparency, and ease of entry and exit than existing methods for trading bitcoin and other cryptocurrencies in Peirce's view. Without an ETF, those investors who want to add the diversification that cryptocurrencies can offer will remain vulnerable to the existing dangers of the spot bitcoin market. Also, fewer institutional investors will become interested in bitcoin, and investors will lose the protections that a registered ETF offers, including filing requirements and other disclosures.

More broadly, Peirce believes that the SEC's stance could have a more sinister effect in the long run. As she states, "the Commission's interpretation and application of the statutory standard sends a strong signal that innovation is unwelcome in our markets, a signal that may have effects far beyond the fate of bitcoin [exchange traded products]."

As the SEC reassesses its standpoint on bitcoin ETFs, proponents of cryptocurrencies will increasingly look to Commissioner Hester Peirce as a potential supporter. That's no guarantee that bitcoin ETFs will become a reality in the near future, but it does show that at least one regulator is open to the idea of letting the great cryptocurrency experiment run its course.