It would've been an awkwardly positioned product.

When Apple (AAPL 1.89%) announced its latest lineup of iPhones -- iPhone XS, iPhone XS Max, and iPhone XR -- it, as is the company's tradition, discounted the older models in its lineup. And, also in accordance with tradition, the lowest-end products available during the last product cycle were ultimately discontinued. (Goodbye, iPhone 6s, iPhone 6s Plus, and iPhone SE!)

However, one more product was discontinued, too: last year's flagship iPhone, the iPhone X. Allow me to explain why. 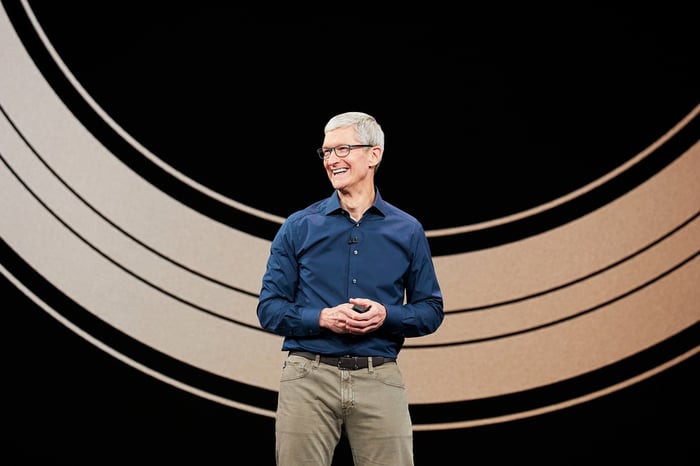 The iPhone X with 64 GB of storage launched at $999, with its 256 GB counterpart going for $1,149. This year, Apple introduced a direct successor to the iPhone X -- called the iPhone XS -- and offered it at the very same price points as it did the iPhone X in the prior year. (Apple also added a version with 512 GB of storage for $1,349 at the top of the stack.)

If Apple had followed its usual practice, last year's iPhone X models would've been discounted by $100, putting the 64 GB model at $899 and the 256 GB version at $1,049. But those discounted products would be awkwardly positioned as the 64 GB variant of the new iPhone XR is priced at $749 and the 256 GB configuration costs $899.

The original iPhone X is certainly more advanced than the iPhone XR in a couple of ways: It uses a more premium-looking stainless steel chassis (iPhone XR uses an aluminum one), it incorporates a fancy organic light emitting diode (OLED) display (iPhone XR uses a less advanced liquid crystal display, or LCD), and it has two rear-facing cameras (while the iPhone XR has a single rear-facing camera). The original iPhone X also has 3D Touch pressure-sensitive technology, while the new iPhone XR doesn't.

To be quite blunt, the iPhone XR is simply a more advanced device than the older iPhone X, so it'd be pretty tough for Apple to keep selling the iPhone X at the traditional discount.

Now, Apple could conceivably price last year's iPhone X more cheaply than the iPhone XR, but this would arguably create bigger problems. Indeed, pricing the old iPhone X at, say, $699 for the 64 GB version and $849 for the 256 GB model would be a losing proposition for Apple. Why? I wouldn't be surprised if, because of the OLED display, stainless steel enclosure, and 3D Touch support, the iPhone X is actually more expensive for Apple to produce than the iPhone XR is. So, if customers chose a heavily discounted iPhone X over the iPhone XR, not only would Apple's average selling prices suffer, but its profit margins could take an even bigger beating.

On top of that, if Apple were to sell the iPhone X at a heavy discount, this could potentially take away sales from the iPhone XS and XS Max (which are now the only options available to buyers looking for an iPhone X-like premium product), exacerbating the potential degradation in average selling price and profit.

Apple's best option was to discontinue the iPhone X, which it ultimately did.