Shares of NIO Inc. (NYSE:NIO), a premium electric vehicle manufacturer often called the Tesla of China, were down nearly 11% as of 11:30 a.m. EDT on Monday as tariff concerns continue to heat up.

NIO wasn't alone in its Monday decline. Many e-commerce names and Chinese tech companies were being hit after reports indicated President Trump plans to proceed with $200 billion in additional tariffs on Chinese goods. Reports also indicated China might pull out of trade negotiations if the tariffs are finalized. 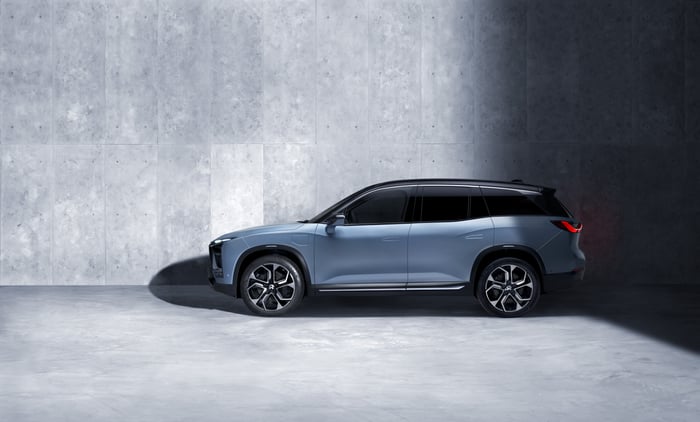 It's been a wild ride for NIO investors, as the company went public only a week ago and surged 76% higher Thursday from its $6.26 IPO price. Investors should expect volatility as a possible 10% duty on as much as $200 billion in Chinese goods could be finalized early this week, making a diplomatic breakthrough less likely in the near term, especially if China pulls out of the talks as retaliation.

But for all the ups and downs caused by trade concerns, investors would also be wise to focus on the long-term thesis for owning NIO shares: It's a premium electric vehicle maker that is positioned to thrive as China, and the rest of the world, drives toward a future of electrified fleets.