In March 2016, Apple (NASDAQ:AAPL) released a smartphone called the iPhone SE. This was an interesting device because it incorporated many of the key technologies found in the company's then-flagship iPhone 6s into what was effectively the iPhone 5s's enclosure. It was also the lowest-priced iPhone in the company's lineup, with the 16GB version launching at $399.

As CEO Tim Cook explained during the July 2016 earnings conference call, the device was meant to serve two purposes: "The addition of the iPhone SE to the iPhone lineup placed us in a better position to meet the needs of customers who love a four-inch phone and to attract even more customers into our ecosystem," he said. 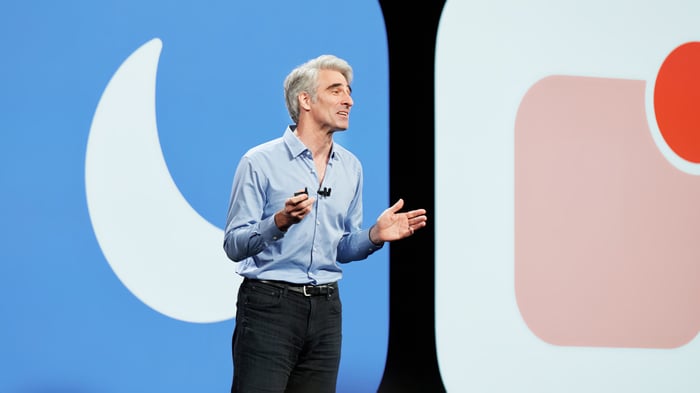 The SE seemed to be a winner right out of the gate. During the conference call, Cook described its global launch as "very successful," noting that "demand outstripped supply throughout the quarter."

The iPhone SE has stayed on the market for the past two-and-a-half years, getting storage capacity upgrades and price cuts along the way. But, on Sept. 12, 2018, Apple appears to have discontinued it. It's no longer available for purchase on Apple's website. (The company didn't show the device as part of its latest lineup during its product launch keynote, either.)

Allow me to go over a few reasons that I suspect led Apple to drop the device from its offerings.

If Apple had kept the iPhone SE in the lineup, it likely would've needed to discount it further to keep it relevant. It currently offers the iPhone 7 with 32GB of storage for $449. The iPhone 7 is substantially more advanced than the iPhone SE, packing a faster A10 processor, more advanced camera system, a bigger and better screen, and a faster version of Touch ID.  If Apple kept the entry level SE variant around at $349, it'd be a really tough sell.

Apple might've been able to keep the device viable by cutting prices even further -- perhaps to $249 for the entry level configuration. However, at that price, the margins on the SE might've simply been too low for it to be worth selling.

2. Apple didn't want to invest in a successor

An obvious solution to that first dilemma would be to update the specifications of the iPhone SE. Had Apple transplanted a large portion of the iPhone 7's goodness into an iPhone SE form factor, it might have been able to charge a price that netted it an acceptable margin.

However, a while back analyst Ming-Chi Kuo (via MacRumors) had the following to say with respect to Apple potentially launching a new iPhone SE in 2018:

If it's true that Apple's product development resources were all tied up in finalizing the models that the company announced on Sept. 12 (as well as their successors), then it makes sense that Apple wouldn't want to risk the schedules of its big moneymakers by diverting attention to a refresh of the relatively niche iPhone SE.

3. The world is moving to bigger screens

Customer preferences have clearly been moving in the direction of larger-screen smartphones for a while. Indeed, during the company's November 2017 earnings conference call, Cook told investors that the iPhone 8 Plus -- the larger of Apple's two iPhone 8-series smartphones with a 5.5-inch screen -- had "gotten off to the fastest start of any Plus model."

"That for us was a bit of a surprise, and a positive surprise, obviously," he added.

During last week's product launch event, Cook told the audience that the iPhone X, which sports a 5.8-inch organic light emitting diode (OLED) screen, "has changed the industry and along the way it became the No. 1 smartphone in the world."

A product like the iPhone SE may simply be out of place in Apple's vision for the future.