The tech-savvy outfitter is hitting new highs this week, days after an analyst jacked up his price target on the stock.

Stitch Fix (SFIX 12.12%) may not have been a hit out of the IPO gate late last year, but the rookie's been making up for lost time in recent months. The shares hit another new high on Tuesday, and the stock has now more than tripled since going public at $15 just 10 months ago.

The online apparel-matching service's latest surge came last week when KeyBanc analyst Edward Yruma boosted his price target in a bullish analyst update. He sees Stitch Fix continuing to expand its market share at a heady clip. There's no shortage of upstarts out there trying to offer up customized clothing sets, but Yruma feels that Stitch Fix's data science capabilities give it a leg up on the competition. He's boosting his EBITDA targets through fiscal 2020. He's also jacking up his price target on the stock from $38 to $53, even though that is nearly where the stock is now after last week's rally. 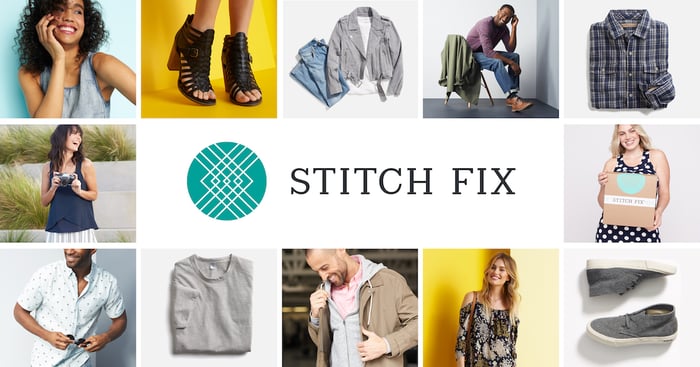 Learning to dress the part

Stitch Fix had a disappointing market debut in mid-November of last year. Underwriters wanted to take the e-tailer public between $18 and $20 a share, settling for $15 as a result of lukewarm investor demand. It wasn't low enough, at least initially. The stock failed to have the customary post-IPO pop, and actually closed below $15 as a broken offering on its second day of trading. It's been largely uphill ever since.

Last year's concerns that Stitch Fix would crash and burn like Blue Apron (APRN 6.67%) did a few months earlier proved to be unfounded. They may both provide luxury goods by mail, but Stitch Fix is actually profitable and growing its business. Blue Apron, as a gourmet meal-kit provider, doesn't have the kind of model advantage in its niche that Stitch Fix does, as the clothing service leans on algorithms and human fashionistas to provide a service that most of its rivals lean on one resource to deliver. Stitch Fix has been profitable in all three of its quarterly reports as a public company. Blue Apron is at least three years away from turning a profit, according to analysts.

Stitch Fix is clicking with folks that don't have the time or desire to keep up with fast-changing fashion trends. It has seen its active client base grow 30% to 2.7 million through the end of its fiscal third quarter. Net revenue is growing slower, at 29% -- a potentially problematic sign that active customers aren't spending more on average than a year earlier -- but it's close enough to give Stitch Fix the benefit of the doubt.

All eyes will now turn to Stitch Fix's fiscal fourth-quarter results, which will come out in two weeks. Stitch Fix just introduced a service for kids, and while that platform isn't as likely to be as lucrative as its flagship offering for adults given the weak value proposition for children that are quickly outgrowing their duds, it should prove incremental. Many of its existing clients are likely parents, making it an easy initial sell. Stitch Fix is rolling, and it's hard to argue with a stock's momentum when it just fits right.