Good news for its rivals appears to be lifting this Canadian marijuana stock.

Shares of Cronos Group Inc. (CRON -5.61%) were up 13.6% as of 11:57 a.m. EDT Tuesday. The Canadian marijuana grower didn't report any news of its own, but it appears its stock received a boost from a positive development for one of its rivals. Tilray (TLRY) announced earlier in the morning that it received approval to supply medical cannabis for a clinical study in the U.S.

In addition, Cronos could also still be enjoying a sustained bump from a report on Monday that Coca-Cola could be looking to make a deal with Aurora Cannabis (ACB -5.12%) to develop cannabis-infused drinks. Aurora released a statement Tuesday morning that said for now "there is no agreement, understanding or arrangement with respect to any partnership with a beverage company." 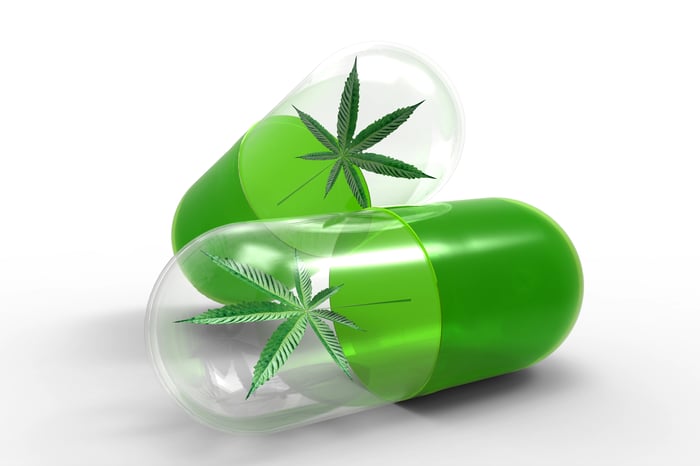 Cronos didn't win approval to ship medical cannabis to the U.S. for a clinical study; Tilray did. Cronos isn't reportedly in talks with Coke; Aurora Cannabis is. So why is Cronos Group stock jumping so much today?

Both of these developments are good for the cannabis industry overall. Tilray's success in obtaining U.S. clearance to supply medical cannabis for a clinical study at the University of California San Diego reminded investors of two things: the tremendous potential for cannabis in treating more medical conditions and the possibility that the U.S. could relax its federal marijuana laws.

When those things are on investors' minds, it's good for Cronos. Like Tilray, Cronos is keenly interested in expanding the use of medical cannabis. The company's recent deal with Ginkgo Bioworks to produce high-quality cannabinoids underscores that interest. And, of course, Cronos would likely be one of several big winners if the U.S. changes its laws in a way that allowed Canadian marijuana growers to enter the U.S. market.

As for the potential deal between Aurora Cannabis and Coca-Cola, I think Aurora's statement today served as a reminder that nothing is finalized. Could that mean Cronos is still a possible candidate? Maybe, although there's no reason at this point to suspect that's the case. What's important is that if Coke is seeking out a cannabis partner, other major beverage companies will likely follow suit. Cronos would almost certainly be on the short list of big companies looking for a cannabis partner.

There are two primary things that could serve as nice catalysts for Cronos Group in the months ahead. The Canadian recreational marijuana market opens in October. A great launch for recreational marijuana sales in the country would likely send marijuana stocks higher, including Cronos. The other possible catalyst for Cronos is the potential of landing a deal with a major beverage company -- or perhaps a large tobacco company.

However, marijuana stock valuations are extremely frothy. Cronos Group is no exception. Any bumps in the road could cause this now high-flying stock to fall as quickly as it has risen.