Amazon.com (NASDAQ:AMZN) means business when it comes to its voice assistant, Alexa. Of course, that has been clear for some time -- especially last year, when the e-commerce giant released a slew of new Echo devices. But the company is now extending the voice assistant and its compatible devices to more new categories than ever before. At Amazon's event this week, the company not only announced refreshed versions of its Echo Dot, Echo Plus, and Echo show, but it debuted Echo Auto, Echo Wall Clock, an Alexa-enabled microwave, a new device for adding Alexa to external speakers, and plenty more.

While Amazon's robust lineup of new hardware was the main event Thursday, another area where the company upped its game was with the Alexa assistant itself. 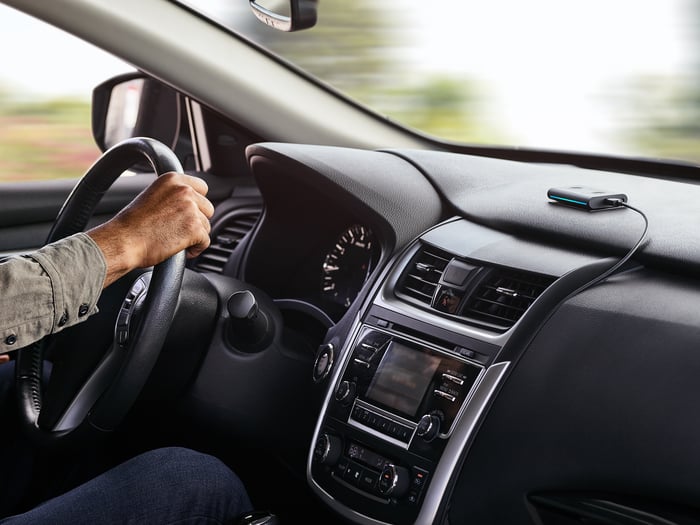 Impressively, many of the new features are applicable to both new Echo devices and the original Echo -- now four years old.

Here are some of the most interesting updates for the smart voice assistant:

Alexa Guard: By saying "Alexa, I'm leaving," users will activate Guard -- a feature that will alert users about sounds of shattering glass, smoke detectors, or carbon monoxide alarms. In addition, Alexa will interact with other smart home products like lights and alarm systems while users are away. Guard "will be available on select Echo devices later this year," Amazon said.

Email integration: Once users link their Gmail, Outlook, or Hotmail email, Alexa can give users information about their email and even reply to emails.

Overlapping groups: Though Amazon had already debuted a feature that allowed users to group devices together to play music simultaneously, each device could only be a part of one group. For instance, a multiroom music group that played music on every device in the house couldn't overlap with one that only played music on devices in another location, e.g. upstairs. Now, however, this is possible with a new feature called overlapping groups. "For example, the Echo in your kitchen can be included in both the 'Kitchen' group for daily listening, and the 'Downstairs' group when you're having friends over on the weekend," Amazon explained.

Amazon's Thursday announcement of new features for Alexa not only put the spotlight on the rapidly improving Echo and Alexa ecosystem, it also provided an insightful window into how ambitious the company is about further developing its AI-based assistant.

It's increasingly clear that this is just the beginning for Alexa. As Amazon's vice president and head scientist for Alexa, Rohit Prasad, said in the company's press release, "We've only scratched the surface of A.I.-powered inventions and we'll continue to invent ways to make Alexa more useful for our customers."