Office furnishings manufacturer and design house Herman Miller, Inc. (NASDAQ:MLHR) released fiscal first-quarter 2019 earnings on Wednesday after the markets closed. The company's revenue expansion, order growth, and increased backlog indicated relative health and earnings momentum at the start of its fiscal year. Let's run through the overview metrics, then delve into factors that pushed performance for the maker of storied furniture lines including the Eames lounge chair and the Aeron office chair. 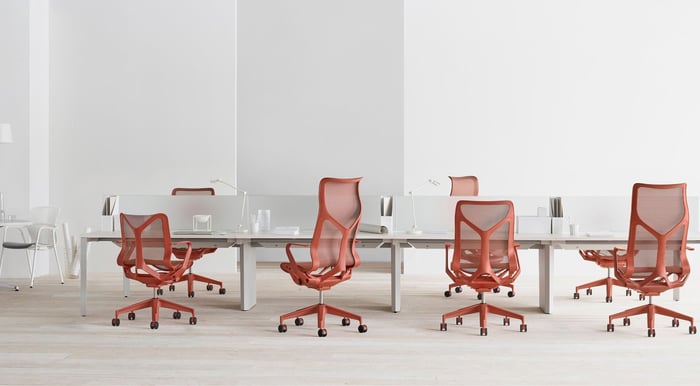 There are tremendous opportunities ahead to leverage Herman Miller's global multi-channel distribution capabilities and leading portfolio of brands with both commercial and consumer audiences. These opportunities include leveraging the investments that we made this quarter in HAY, a leading global design brand in both commercial and consumer furnishings, and Maars Living Walls, a global designer and manufacturer of interior wall solutions. Our teams are in the early days of integrating these brands into our portfolio and that work is progressing ahead of schedule. Our momentum is evident from our first quarter results as net sales and order levels reflected growth across all of our business segments and adjusted earnings exceeded the expectations established at the start of the quarter. I look forward to working with our leadership team to leverage our key strategic priorities to accelerate the growth and evolution of our business.

Herman Miller anticipates second-quarter fiscal 2019 revenue of between $635 million and $655 million, which implies 5% organic growth at the midpoint of the range. Management expects diluted EPS to fall between $0.70 and $0.74. If it hits the midpoint of its targeted band, the company will achieve 26% growth in adjusted EPS over the second quarter of 2018.