Please ensure Javascript is enabled for purposes of website accessibility
Free Article Join Over 1 Million Premium Members And Get More In-Depth Stock Guidance and Research
By Rich Smith - Dec 17, 2020 at 11:19AM

The furniture maker beat earnings in the second quarter, and could very well beat again in the third.

Office furniture maker Herman Miller ( MLHR 2.46% ) crushed earnings estimates in its fiscal second-quarter 2021 report yesterday evening, reporting $0.89 per share pro forma on $626.3 million in sales, where Wall Street had expected it to earn only $0.56 on $585.5 million in sales. You'd think that would be good news. You'd think investors would bid Herman Miller stock up in response to it. 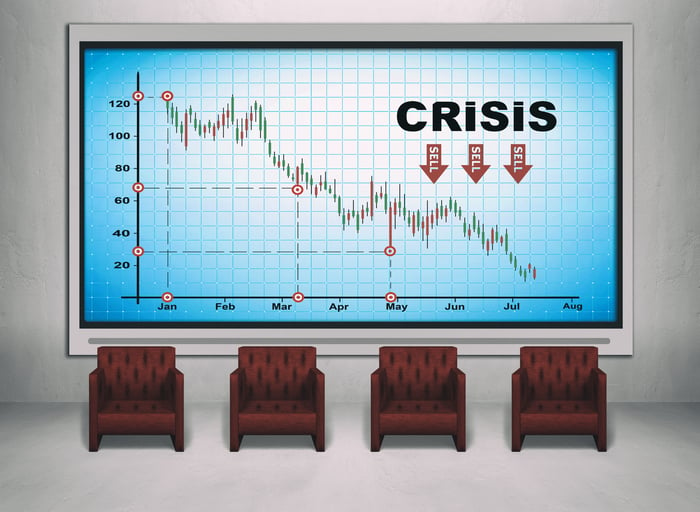 So what was it that Herman Miller said that investors found so upsetting?

According to the company's 8-K filing with the SEC, sales may have exceeded expectations, but they were still down 7% year over year. That's not good.

On the other hand, though, the gross profit margin on those sales climbed 110 basis points to 39%, and the operating margin was up an even stronger 200 basis points at 11.3%, resulting in pro forma profits defying the downturn in sales, and climbing a tiny 1%. That's not bad.

Unfortunately, actual earnings when calculated according to generally accepted accounting principles (GAAP) plunged much worse than sales, falling 34% to just $0.87 for the quarter. Ordinarily, Wall Street analysts (and investors) are happy to look past bad GAAP numbers so long as a company can at least tell a good pro forma story, but that isn't happening today -- and the reason may be Herman Miller's outlook.

Herman Miller concluded its report yesterday by warning that "the overall global demand environment [for its products] remains uncertain due to the ongoing pandemic." Accordingly, the company is "continuing to suspend quarterly sales and earnings guidance" -- although with the caveat that historically, third-quarter sales are usually down 5% to 6% in comparison to Q2 numbers.

That might be the reason investors are selling off the stock, except for the fact that, if historical patterns hold, a 5%-ish sequential decline in sales still implies that the current quarter could see sales of perhaps $595 million -- which would still be about 5% more sales than Wall Street is projecting.

It would be a strange world in which promising back-to-back earnings beats resulted in a 12.5% decline in stock price -- but then again, 2020 has been a strange year.