Shares of Steelcase (NYSE:SCS) rose on Friday after the office furniture company reported its second-quarter results. Steelcase produced double-digit revenue growth, beating analyst expectations. As of 12:30 p.m. EDT, the stock was up about 15.5%.

Steelcase reported second-quarter revenue of $875.8 million, up 13% year over year and about $2.1 million ahead of the average analyst estimate. Organic sales rose by 8%, driven by 9% growth in the Americas and 11% growth in Europe, the Middle East, and Africa. Orders rose by 12% year over year in the second quarter, mostly due to project business. 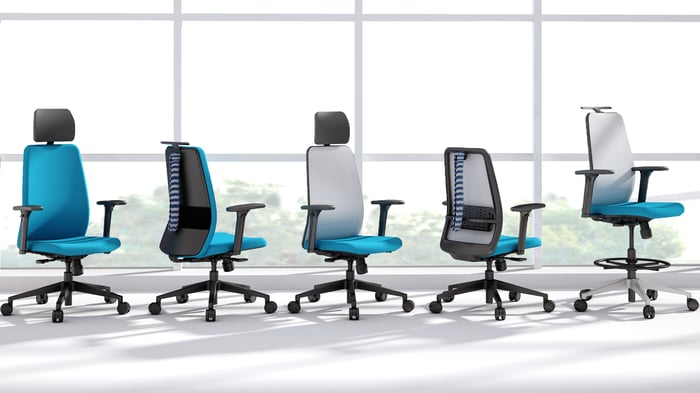 Prior to the earnings report, Steelcase announced that it had acquired Orangebox Group Limited for $79 million. This comes a few months after it acquired Smith System, a company focused on the education market. "The acquisitions of Smith System and Orangebox, as well as our new partnership with West Elm and broadened partnership with Bolia, are part of the exciting expansions of our offerings that help support our customers' needs in a changing workplace," said Steelcase CEO Jim Keane.

With solid results and even better guidance, investors have pushed up shares of Steelcase to their highest level since 2015.