This is set to be a significant release for the Mac Maker.

Once upon a time, the tablet market -- led by Apple's (AAPL -2.98%) iPad -- was growing extremely quickly. In fact, market research company IDC predicted back in 2012 that tablet shipments would grow by 174.5% by 2017 from the levels seen in 2012. Had that forecast proven correct, industrywide tablet shipments would've come in at 352.3 million units last year.

That prediction (and others similar to it) didn't come to pass. In fact, in a report published on Feb. 5, 2018, IDC reported that worldwide tablet shipments came in at just 163.5 million units in 2017 -- down 6.5% from the level seen a year prior. 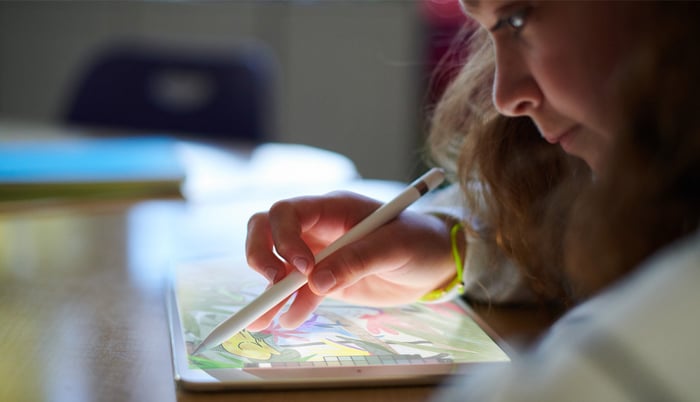 iPad isn't Apple's biggest business, making up about 8.4% of its fiscal-year 2017 revenue, but it's still a non-trivial source of revenue and it's a valuable part of Apple's overall product ecosystem.

Later this year, Apple is slated to launch a new generation of its premium-priced iPad Pro tablets. Let's take a closer look at what to expect from them.

Apple last upgraded the iPad Pro product line in June of 2017. Inside of those tablets was a chip called the A10X Fusion -- an enhanced version of the A10 Fusion that powered the iPhone 7 and iPhone 7 Plus that launched in September of 2016. A few months afterward, Apple launched its iPhone 8 series and iPhone X smartphones, powered by the A11 Bionic chip. Then back on Sept. 12, Apple launched its iPhone XS and iPhone XR smartphones, packing the A12 Bionic chip. Apple never released iPad Pro tablets with, say, an A11X Bionic chip.

The good news, though, is that the iPad Pros that Apple is set to launch later this year should actually come with a chip that I expect will be marketed as the A12X Bionic. In fact, an individual who goes by the alias "Longhorn" actually revealed Apple's internal code name for the chip that'll power the next iPad Pro tablets -- T8027.

What this means is that the upcoming iPad Pros won't just get CPU and graphics cores that are two generations newer than the ones found in the A10X Fusion, but they should also incorporate the second-generation Apple Neural Engine that's found in the A12 Bionic. Apple said in its press release announcing the iPhone XS and iPhone XS Max that the Neural Engine can "complete up to 5 trillion operations per second compared to 600 billion in A11 Bionic."

Suffice it to say, the upcoming iPad Pro tablets should pack an impressive amount of computational power.

One of the key features of last year's iPhone X was a depth-sensing camera system that Apple marketed as a TrueDepth camera. This camera system is what enables the iPhone X's Face ID facial-recognition feature, which supplanted the company's Touch ID technology that first debuted with the iPhone 5s back in 2013.

According to TF Securities analyst Ming-Chi Kuo, Apple's upcoming iPad Pro tablets will, in fact, have support for Face ID (and as a corollary, the TrueDepth camera system). 9to5Mac's Gulherme Rambo also managed to confirm the inclusion of Face ID in the upcoming iPad Pro tablets. In fact, going a step further, Steve Troughton-Smith recently tweeted the following:

Face ID has support for landscape orientation (presumably for iPad only), and iOS 12.1 seems to care a lot more about whether an external display is connected (perhaps due to iPad USB-C rumors; it won't have the Lighting HDMI adapter as an intermediary for video-out)

It makes perfect sense that the upcoming iPad Pro tablets would be capable of handling Face ID in landscape mode as I'd imagine that many people pick up and try to unlock their iPads while using them in landscape orientation.

In a post on 9to5Mac, Rambo reported his discovery of an art asset in iOS 12 developer beta 5 that "seemingly confirms a new bezel-less iPad for the fall." "The asset is part of the battery usage [user interface] and it shows an iPad with no home button and thinner bezels," Rambo explained.

He also observes that "one thing notably missing from the glyph is a notch." The "notch" that Rambo refers to is the cutout at the top of the screens on the iPhone X, iPhone XS/XS Max, and iPhone XR smartphones to make room for the TrueDepth camera.

The new iPad Pros seem to offer a dramatic improvement in aesthetics from the prior-generation iPad Pro models.