Amazon.com (NASDAQ:AMZN) has turned its advertising business from nothing into something in pretty short order. It is now the third-largest digital ad platform behind Facebook (NASDAQ:FB) and Alphabet's (NASDAQ:GOOG) (NASDAQ:GOOGL), and could become the e-commerce giant's most profitable business.

Although the ad business is its fastest-growing segment, with revenue surging 132% in the first quarter and another 129% in the second, hitting $2.2 billion, Amazon risks a consumer backlash to its growth-at-all-costs pursuit. 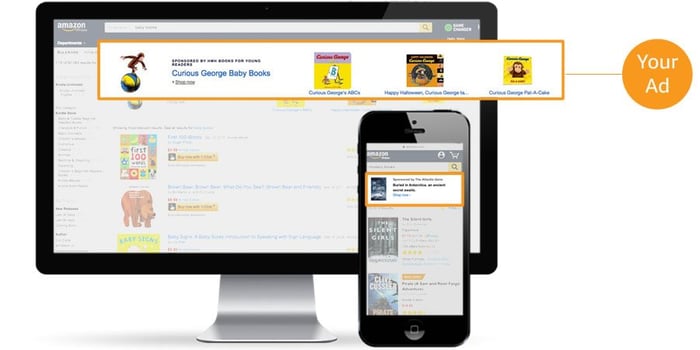 Amazon is where people go to look for stuff. Approximately 55% of consumers begin their search for a product on Amazon before checking out other websites, and last Christmas over three-quarters of online shoppers said they would buy most of their online holiday purchases at Amazon. Forrester Research says that Amazon's search capabilities have become so good that it is cutting into Google's share of search ad revenue and will continue to erode it in the future.

eMarketer estimates Amazon.com currently has a 4% share of all digital ad spending, well behind Facebook at 20% and Google at 37%, but forecasts Amazon's share will grow to 7% by 2020. That growth that will come at the expense of Google, which will see its share fall to 35%.

Moreover, while Amazon gains on Google and Facebook in ad dollars, they have little impact on e-commerce. So Amazon is maintaining its stranglehold on online sales, and using that leverage to encroach on its rivals' advertising revenues.

Earlier this year, Amazon CFO Brian Olsavsky told analysts during the earnings conference call, "Advertising continues to be a bright spot, both from a product standpoint and also a financial one."

Not all what it seems

However, much of Amazon's advertising revenue growth actually comes as a result of an accounting change that required Amazon to classify certain accounting services as revenue rather than as a reduction in the cost of sales, as it had previously. The result has been a boost in services sales from these sources by $1.2 billion this year.

Although that means the growth isn't quite as impressive as it appears, Amazon is still seeing significant gains, and according to Recode, is using its newfound muscle to pack its web pages with advertisements. Users are forced to wade through sponsored spots and Amazon's own promotional placements before being able to finally reach the organic results they're looking for.

Recode points out that ads "take up the whole screen above the fold -- everything visible before you scroll."

While Amazon contends the ads create "value for customers by helping them discover new brands and products," like beauty, value may be in the eye of the beholder. Consumers might not necessarily appreciate the helping hand Amazon is extending.

The New York Times points out Amazon's video game streaming service Twitch angered players when it announced Prime members would no longer have an ad-free experience unless they paid an additional $8.99 per month to gain access to Twitch Turbo, the service's premium offering.

Now it is also cramming as much advertising into other previously ad-free spaces to generate even more revenue. Beyond Twitch, Amazon introduced advertising on other owned properties (such as IMDb) and is looking to launch an ad-supported service for Fire TV owners.

Pushing the envelope too far

Amazon may eventually face the law of diminishing returns as consumers balk at being inundated with advertising. It previously decided against allowing overt ads on its Alexa voice assistant, saying it would ruin the customer experience, and said earlier this year it is "always balancing the helpfulness of the advertising and try not to make it disruptive. But...we will come down on the side of the customer," suggesting it knows the limits.

It doesn't seem like we're close yet, and the accelerating growth means investors shouldn't expect see a slowdown anytime soon, but Amazon.com still might need to have a similar moment of enlightenment now as the growing ubiquity of ads in new spaces may cause a consumer backlash to rise up in a hurry.