Please ensure Javascript is enabled for purposes of website accessibility
Log In Help Join The Motley Fool
Free Article Join Over 1 Million Premium Members And Get More In-Depth Stock Guidance and Research
By Matthew DiLallo - Sep 24, 2018 at 11:16AM

The gold exploration company had some good news for its investors.

Shares of Seabridge Gold Inc. (SA -0.21%) rose more than 14% by 10:30 a.m. EDT on Monday after the gold exploration company updated investors on a key development program.

Seabridge Gold stated that the summer program at its 100%-owned KSM project in British Columbia met its objectives despite some early delays due to the weather and the impact that fires in the region had on equipment and labor availability. The company said that it is now past these issues and plans to complete its program by extending the work time by several weeks. However, it also noted that the "results thus far indicate that all of our confirmation work is consistent with our development model and the inferred resource at Iron Cap will grow substantially," according to CEO Rudi Fronk. 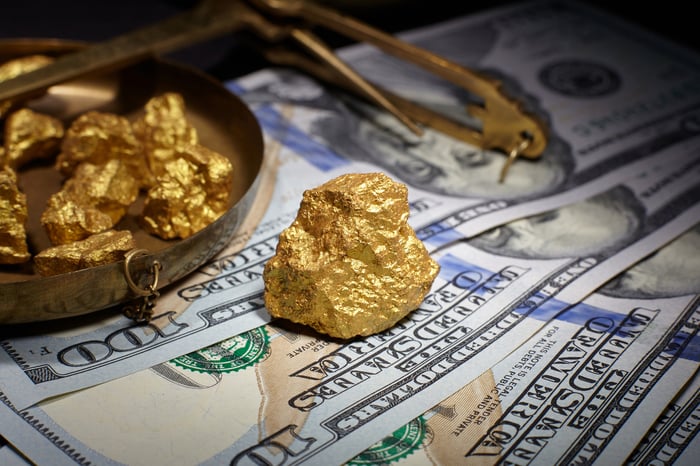 Seabridge Gold is still an early-stage company, which makes it a riskier option for investors. While the company appears to have discovered a promising gold prospect, it will take years and lots of money to turn it into a profitable gold mine, and that's assuming gold prices cooperate. That's why investors who are looking for an option in the gold mining sector might want to look at these top gold stocks instead.

Why Shares of Seabridge Gold Fell 12% in February

Why Shares of Seabridge Gold Plummeted 20% in November

3 Types of Gold Stocks You're Best Off Avoiding Right Now

3 Gold Stocks That Could Suffer a Meltdown in 2017