Facebook (NASDAQ:FB) is suffering something of an executive exodus. WhatsApp founders Jan Koum and Brian Acton have left within the past year over disagreements with the parent company's data practices. Facebook CEO Mark Zuckerberg and COO Sheryl Sandberg had reportedly been pressuring WhatsApp to monetize its service more aggressively, specifically with ads. But WhatsApp had always been staunchly against the use of ads in its wildly popular messaging service.

Now the company is also losing the co-founders of Instagram. 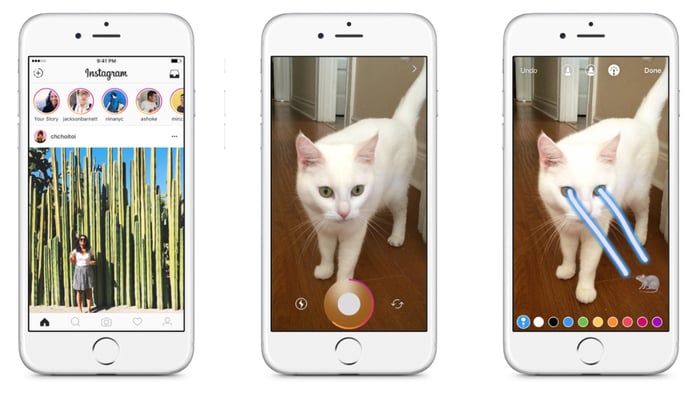 Systrom and Krieger call it quits

As first reported by The New York Times, Instagram co-founders Kevin Systrom and Mike Krieger are resigning. Systrom subsequently confirmed the news in a brief statement on Instagram's blog, saying that the pair are "ready for our next chapter." Systrom continues:

We're planning on leaving Instagram to explore our curiosity and creativity again. Building new things requires that we step back, understand what inspires us and match that with what the world needs; that's what we plan to do.

We remain excited for the future of Instagram and Facebook in the coming years as we transition from leaders to two users in a billion. We look forward to watching what these innovative and extraordinary companies do next.

That may be the public rationale, but Recode reports that the real reason they're leaving is that Zuck has been trying to exert more control recently. That has led to disagreements with where the service was heading and how data is shared between Facebook and Instagram (sound familiar?). While Facebook has often promised its acquired subsidiaries autonomy and independence, over time Facebook inevitably nudges the companies toward its own strategic and financial goals. That's especially true for Instagram, which is becoming an increasingly important growth driver for Facebook's business. Instagram is expanding into long-form video, e-commerce, and more.

Systrom and Krieger are credited with building Instagram's culture, and their resignations add considerable uncertainty regarding Instagram's direction going forward. Start-up founders often leave parent companies after getting acquired, typically after their stock vests. (Systrom is now worth an estimated $1.4 billion.) But considering how critical Instagram is to Facebook's investing thesis, the departures are especially concerning.

One broader implication is how His Zuckness approaches acquisitions and subsidiaries. Investors are very clearly frustrated with Zuckerberg's utter lack of accountability, futilely voting to eliminate his supervoting share class at this year's annual meeting (again), while also questioning his leadership in the wake of numerous controversies. Zuckerberg trying to exert even more control and influence on subsidiaries that previously enjoyed greater autonomy is not a good thing.