Hint: It had nothing to do with the press release. The biotech is presenting at a few upcoming conferences, but only one really matters.

Shares of AVEO Pharmaceuticals (AVEO -2.35%) are up 9.9% at 12:20 p.m. EDT, having been up as much as 13.4% Tuesday, after the company announced that it's presenting at two investor conferences hosted by investment banks Cantor Fitzgerald and Leerink Partners next week.

Despite the correlation with the press release announcing the presentations, it probably isn't the reason for today's increase. While anything is possible, biotechs usually don't make major announcements at investor meetings -- the annual J.P. Morgan Healthcare Conference in January being the exception to the rule. 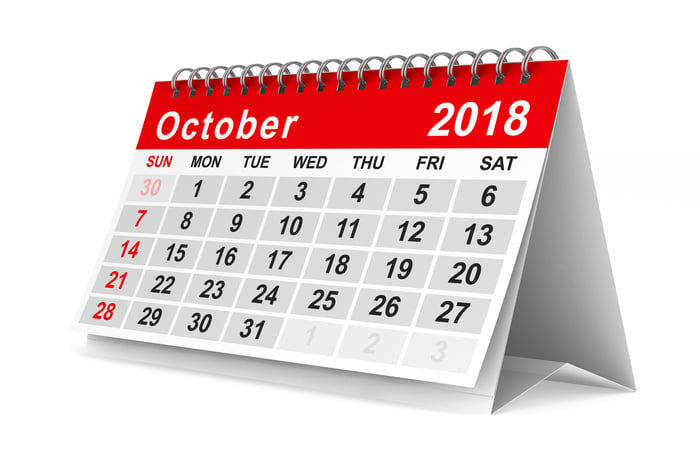 More likely, investors are buying today ahead of the European Society for Medical Oncology (ESMO) meeting at the end of October. AVEO has already said it plans to present phase 2 data testing its drug ficlatuzumab and Eli Lilly's Erbitux in patients with head and neck squamous cell carcinoma that has spread to other parts of the body.

Data from the clinical trial is scheduled to be presented on Oct. 21 in a poster session. Investors will get a first look at the data on Oct. 9 when the abstract for the presentation is released. But keep in mind that this is an ongoing study and the abstracts had to be submitted months ago, so whatever data is in the abstract is likely to be a fraction of what will be presented at the conference.

All told, the study is expected to enroll 60 patients, who will be treated with ficlatuzumab alone or ficlatuzumab and Erbitux. There won't be a control group to compare the ficlatuzumab-treated patients to, but any response should be seen as positive since these patients have already failed Erbitux in a previous round of treatment.

In addition the ESMO presentation, investors are also waiting for data from the Tivo-3 study testing its lead drug tivozanib in patients with advanced renal cell carcinoma, a type of kidney cancer. Considering it's a phase 3 study, the results are arguably more important to AVEO's valuation. The company has said the data should be available in the fourth quarter, although the exact timing is still unknown.