Please ensure Javascript is enabled for purposes of website accessibility
Log In Help Join The Motley Fool
Free Article Join Over 1 Million Premium Members And Get More In-Depth Stock Guidance and Research
By Dan Caplinger - Sep 26, 2018 at 10:02AM

Find out what made the market bounce back over the past several months.

In a strong economic environment in the U.S., more American car shoppers can afford to buy new vehicles. But competing demands for disposable income often lead buyers to turn to the used-car market, and CarMax (KMX 1.46%) has made it a priority to give used-car shoppers a central location in which they can look at a wide variety of different vehicles to find ones that best meet their needs.

Coming into Wednesday's fiscal second-quarter report, CarMax investors were hopeful that the used-car dealership network would be able to find ways to keep tapping into the most lucrative parts of its market. CarMax's results were quite good, and the company seems confident that strong demand for its vehicles will help promote its long-term strategic vision indefinitely into the future. 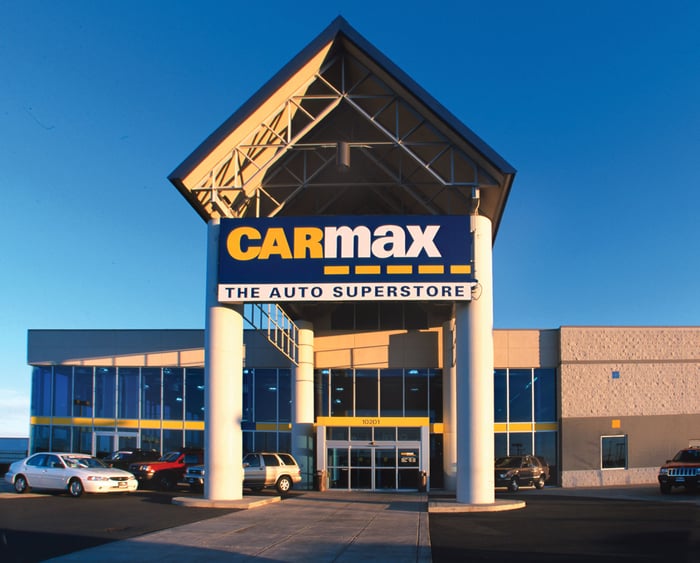 CarMax's fiscal second-quarter results exceeded expectations. Revenue came in at $4.77 billion, up 8.6% from the previous year's period and easily topping the 6% growth rate that most investors were looking to see. Net income was higher by 22% to $220.9 million, and that produced earnings of $1.24 per share, above the $1.22 per share consensus forecast among analysts following the stock.

The big news from CarMax was a large rebound in sales growth for used cars. Total used vehicle unit sales were up 5.8%, and comparable-store unit sales rose 2.1% to reverse last quarter's comps decline. The company said that store traffic was slightly weaker, but improved conversion from CarMax's sales teams was enough to offset that downward pressure and produce positive results. Gross profit per used car stayed stable, picking up just $1 to come in at $2,179.

As we've seen repeatedly, even stronger performance in other parts of CarMax's business was integral in pushing the overall company forward. Wholesale vehicle unit sales soared 14.6%, with store-count expansion and a rise in appraisal traffic being the primary contributors to the gains. The sales increases put some pressure on margin, with gross profit per unit falling by $31 to $919 per vehicle. But even so, total gross profit was higher by nearly 11%.

One area CarMax might need to keep an eye on was pricing. Used-vehicle prices rose above the $20,000 mark, but that was higher by just 1.7% from year-ago levels. Wholesale vehicle prices were actually down slightly over the past year, falling to $4,955.

What's coming down the road for CarMax?

Looking ahead, CarMax still has a strong belief that there are lucrative markets that it should tap. In the current quarter, the company expects to open three new dealerships across the South, with locations in North Carolina, Louisiana, and Texas. All in all, CarMax hopes to open 15 locations in the next year, evenly split between large metropolitan areas and smaller markets.

CarMax also sustained its increased level of stock buybacks, repurchasing 2.3 million shares of stock during the period. The car retailer spent $171 million in the process, but CarMax still has almost $640 million left in authorized funds that it can use in future quarters to make more buybacks.

CarMax shareholders were generally pleased with the news, and the stock was higher by 4% in premarket trading following the announcement. As conditions in the used-vehicle market keep improving, CarMax has identified a promising business model that it believes should propel its financial performance higher for the foreseeable future.