Few people can come close to matching Jeff Bezos' lifework. You might think the founder and CEO of Amazon (NASDAQ:AMZN) -- who also happens to be the world's richest individual -- lives a life woefully out of touch with reality, sheltered by a bubble of privilege and luxury.

If that's the case, it certainly doesn't show.

While he's far from a recluse, Bezos also doesn't spend much time on TV giving interviews. His annual shareholder letters -- which contain many gems -- are usually the best way to get insight into how he built his empire.

Recently, though, he sat down for an hour with The Economic Club of Washington. While you won't regret devoting an hour to hearing the interview for yourself, six of the biggest highlights are covered below. 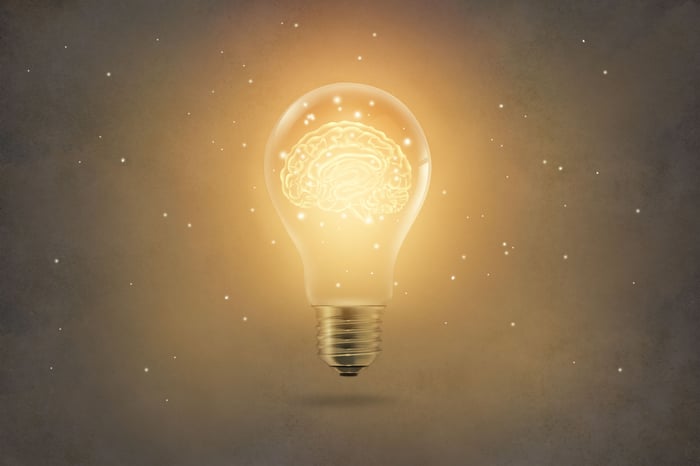 On investing and the stock market

Amazon's stock has had a run for the ages. In February 2016, it was already one of the most valuable companies in the world, with a market cap of $245 billion. In less than three years, it has quadrupled its size -- becoming this summer just the second ever to cross the one-trillion-dollar threshold.

However, Bezos thinks it's best not to pay too much attention to those numbers. Here's what he's told his employees through the years:

He realizes that the market -- in the short run -- can be incredibly volatile. True signals about how a business is performing are sent only to investors wise enough to care only about the long run. Channeling his inner Warren Buffett and Benjamin Graham:

In the short run, the stock market is a voting machine. In the long run, it's a weighing machine. And what you need to do is operate your company in such a way, knowing that it will be weighed one day. And just let it be weighed.

This helps explain why -- almost 20 years ago -- Bezos was not freaking out during the dot-com meltdown. Even though the stock had gone from over $100 per share to just $6 in less than a year, he saw things differently:

The stock is not the company. And the company is not the stock. And so, as I watched the stock fall from $113 to $6, I was also watching all of our internal business metrics -- number of customers, profit per unit ... every single thing about the business was getting better.

There are valuable lessons galore for investors in these three quotes. Most importantly, when you invest in a company, make sure you write down your reasons for doing so, and what would need to happen to make you sell.

Be sure these reasons have nothing to do with the stock's price, and everything to do with the performance of the underlying business. By doing so, you steel yourself against short-term stock-market movements, while redirecting your attention to the long-term arc of the company you're investing in.

On Amazon's place in the world and heightened scrutiny

As Amazon has grown, it has come under more and more intense scrutiny. From one side of the aisle, President Trump is criticizing its shipping terms with the U.S. Postal Service; from the other, Sen. Bernie Sanders (I-Vt.) believes fulfillment center employees should be getting paid more. All the while, many are wondering if the company will come under antitrust scrutiny.

If you think this bothers Bezos, you'd be wrong.

The bottom line is that Bezos isn't losing sleep over it. And he believes as long as Amazon remains laser-focused on the customer, the company will be fine.

Amazon has collected a lot of data after 20 years of recording customer purchases. As such, it would make sense to assume the most consequential decisions Bezos makes are data-driven. While he certainly doesn't shy away from letting data inform his opinion, he takes a contrarian approach.

I believe in the power of wandering. All of my best decisions ... have been made with heart, intuition, guts ... not analysis. When you can make a decision with analysis, you should do so. But it turns out in life that your most important decisions are always made with instincts, intuition, taste, [and] heart.

I live my life in such a way that -- in a quiet moment of reflection, when I look back on my life -- that I have as few regrets as possible.

That's something that anyone, from any walk of life, can start applying today.