As for individual stocks, Tesla (NASDAQ:TSLA) plummeted on yesterday afternoon's news that CEO Elon Musk is being sued for fraud by the Securities Exchange Commission, and BlackBerry (NYSE:BB) beat expectations for its latest quarter. 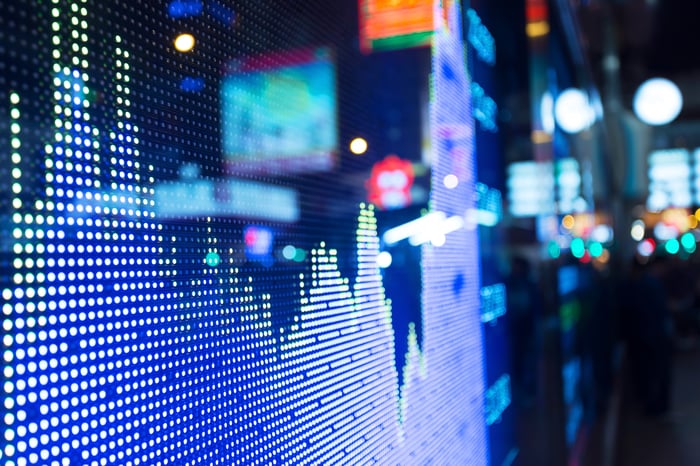 Shares of Tesla were hammered, falling 13.9% after the Securities and Exchange Commission filed a lawsuit against CEO Elon Musk over statements he made in August about taking the company private, alleging that they were false and misleading.

The complaint by the SEC centers on some tweets Musk made on Aug. 7, starting with, "Am considering taking Tesla private at $420. Funding secured." The statement caused Tesla stock to skyrocket before trading was halted. The SEC alleges that that tweet and a series of them that followed were materially false and misleading because Musk "knew or was reckless in not knowing" that there was not an adequate basis in fact for them, not having ever discussed a going-private transaction at $420 per share with any potential funding source.

The SEC is seeking significant consequences for Musk, including "orders of disgorgement, along with prejudgment interest, civil penalties, and an officer and director bar against Musk, and such further relief as the Court may deem appropriate." According to The Wall Street Journal (subscription required), the unpredictable Tesla founder, who denies wrongdoing, turned down a last-minute settlement with the SEC.

The facts of the case seem rather straightforward, and since the lawsuit seeks to ban Musk from being an officer or director of any public company, investors were considering the impact on Tesla of his potential removal from the company's leadership.

Shares of BlackBerry rose 11.7% after the company reported fiscal second-quarter sales and earnings that beat expectations. Non-GAAP revenue fell 10% to $214 million, and that was good enough to beat the analyst consensus of $207 million. Adjusted earnings per share of $0.04 was $0.01 below EPS in the period a year earlier, but above Wall Street expectations for earnings of $0.01 per share.

The Canadian company formerly known as Research in Motion is distancing itself from its past as a maker of handheld devices to grow as a software company focusing on cybersecurity for enterprise devices, connected cars, and the Internet of Things. Software and services grew 4.3% to $193 million, with 29% growth of Blackberry Technology Solutions offsetting a decline of 3.3% in revenue from enterprise software and services, although the latter posted a revenue increase from last quarter. Software and services billings increased double digits from last year.

"I am very encouraged by BlackBerry's leadership opportunities in the fast-growing Enterprise of Things, and by our strategy to capitalize on these significant future opportunities with BlackBerry Spark, our platform to securely communicate and collaborate between smart endpoints," said CEO John Chen in the press release.

The market had punished the stock last quarter when a drop in reported sales of enterprise software due to a change in accounting method created arguably needless concern, but the sequential growth of that segment from three months ago encouraged investors today.