Please ensure Javascript is enabled for purposes of website accessibility
Free Article Join Over 1 Million Premium Members And Get More In-Depth Stock Guidance and Research
By Daniel Sparks - Sep 28, 2018 at 10:32AM

A lawsuit against Elon Musk from the SEC seeks to charge him with fraud and remove him from his CEO and chairman roles.

Shares of electric-car company Tesla ( TSLA -6.42% ) were hit hard on Friday, falling as much as 12.8%. The decline followed news on Thursday that the Securities and Exchange Commission had filed a complaint against CEO Elon Musk, requesting the court to take action. As of 9:54 a.m. EDT, Tesla stock was down about 11%.

The SEC's complaint deals with Musk's tweets about considering taking the company private in early August, when the CEO asserted on Twitter that funding for a deal to take Tesla private at $420 per share was "secured." 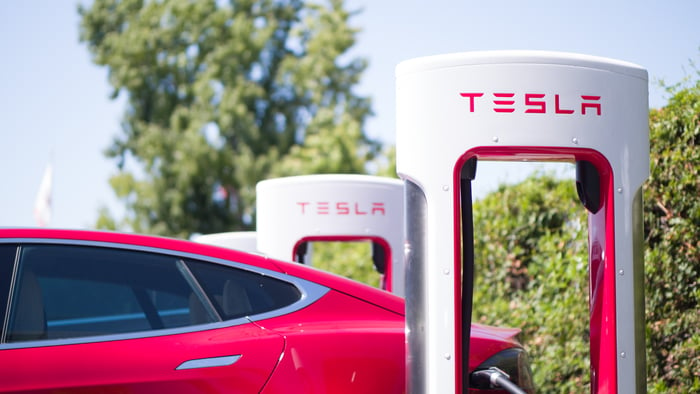 The SEC took issue with a number of Musk's tweets on Aug. 7, primarily dealing with the certainty with which he asserted Tesla could be taken private. "Investor support is confirmed," Musk said in one tweet. "Only reason why this is not certain is that it's contingent on a shareholder vote."

Musk made his false and misleading public statements about taking Tesla private using his mobile phone in the middle of the active trading day. He did not discuss the content of the statements with anyone else prior to publishing them to his over 22 million Twitter followers and anyone else with access to the Internet. He also did not inform Nasdaq that he intended to make this public announcement, as Nasdaq rules required.

The suit, which lists Musk as the defendant and not Tesla, seeks to penalize Musk with "disgorgement, along with prejudgment interest, civil penalties, and an officer director bar against Musk, and such further relief as the Court may deem appropriate," the SEC said.

Meanwhile, Musk appears determined to object to the lawsuit, providing the following statement to the media:

This unjustified action by the SEC leaves me deeply saddened and disappointed. I have always taken action in the best interests of truth, transparency and investors. Integrity is the most important value in my life and the facts will show I never compromised this in any way.

Tesla and the board of directors are fully confident in Elon, his integrity, and his leadership of the company, which has resulted in the most successful U.S. auto company in over a century. Our focus remains on the continued ramp of Model 3 production and delivering for our customers, shareholders and employees.