Please ensure Javascript is enabled for purposes of website accessibility
Log In Help Join The Motley Fool
Free Article Join Over 1 Million Premium Members And Get More In-Depth Stock Guidance and Research
By Reuben Gregg Brewer – Sep 29, 2018 at 10:15AM

The world is moving away from coal, but slower than you might expect, and that's a boon for this dividend-paying coal stock.

Although coal is among the most unloved energy sources in the world today, we are still using a huge amount of it to support the electric grid. In fact, coal remains the largest source of electricity in 18 U.S. states, according to the U.S. Energy Information Administration (EIA). The death of coal has been just a little exaggerated, and that's great news for the over-10%-yielding Alliance Resource Partners, L.P. (ARLP -2.10%). Here's some of the good news in the coal space.

There's no question that natural gas and renewable power (such as solar and wind) have been taking share away from coal, with natural gas passing coal as the largest fuel source for U.S. electricity generation in 2016. However, coal's share of the grid is still huge, at around 30%. And while the EIA's base case projects that figure will drop to around 21% by 2050, that's a long way off, and the path lower is expected to be relatively slow. 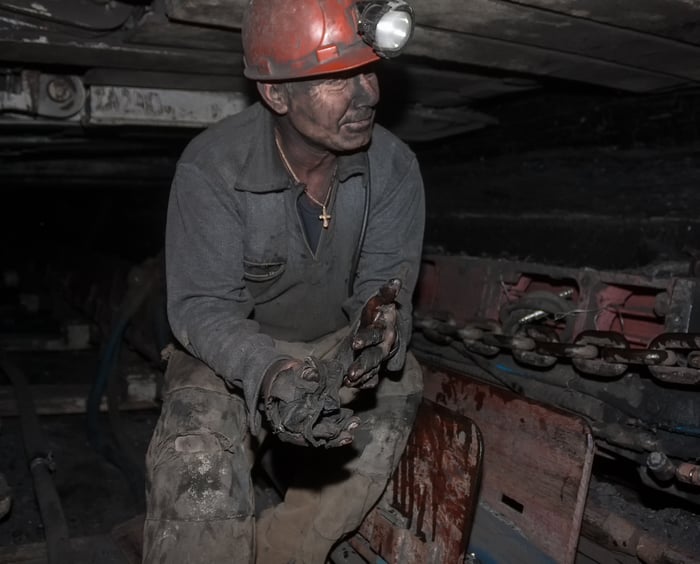 For example, the EIA currently expects nearly 100 gigawatts of coal capacity to be shut between 2017 and 2050. But it also projects that the remaining coal plants will run at a higher capacity, with average capacity across the industry rising from 56% in 2017 to 70% in 2030. That will help to support demand. Foreign exports will remain a key source of demand, as well, with emerging markets still building coal plants because of the low cost of the fuel.

To be fair, this is the base case. If natural gas prices fall and stay low, the EIA's projections for coal will be lower. Coal's share of the U.S. power grid in the worst-case scenario falls to around 15% based on additional plant retirements and lower utilization rates. The bigger picture here, though, is that coal will still be a notable fuel source in 2050 even in the worst-case scenario. And if natural gas prices rise, then coal's future could be brighter than the base case.

What about right now?

With the demise of coal a long way off and, perhaps, slower than many would like, contrarian investors might want to find ways to invest in the space. A good option is high-yielding Alliance Resource Partners, which has an over 10% yield backed by a growing distribution. The partnership's distribution provides a tangible return of cash, allowing investors to, essentially, milk coal like a proverbial cash cow as it dies a slow death.

Business has been strong for Alliance this year. In the first quarter, the partnership sold 2% less coal, year over year, compared to 2017, but its core Illinois Basin segment increased tons sold by 5%. In the second quarter, year-over-year tons sold increased by a massive 24%, aided by cold weather and the shift of delayed first-quarter deliveries, with upticks in both its Illinois Basin and Appalachian segments. Foreign sales are also growing, with foreign coal contracts signed for both 2018 and 2019. Overall, Alliance expects to sell all of its 2018 coal production under committed contracts, with about 60% of its production already under contract for 2019. 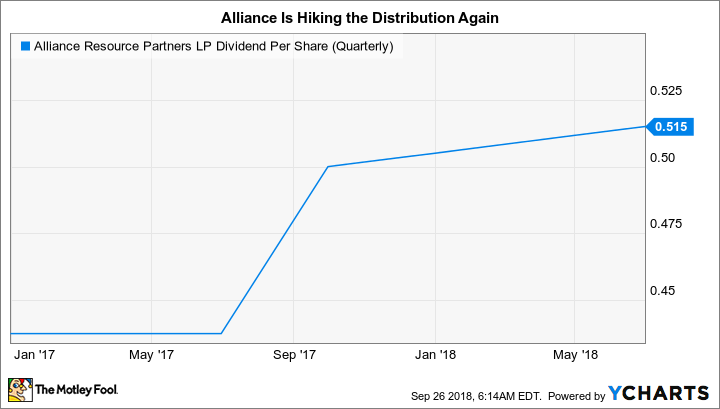 These positive trends have translated to very strong financial results, highlighted by the partnership's decision to raise the distribution 1% in the first quarter and another 1% in the second quarter. That said, despite top-line growth of 13% in the first half, per-unit net income figures were notably lower. But that's not as bad as it sounds.

Alliance issued units to acquire its general partner during the first half, simplifying its structure but diluting its per-unit figures. This process started last year, when Alliance bought the general partner's incentive distribution rights, which reduces capital costs over the long term. By merging the two companies this year, Alliance has increased its size, liquidity, and transparency. With this transaction behind it, Alliance is looking to use excess cash to diversify into natural gas and pipeline compression services. These investments are relatively small today, but they show that management is aware it needs to start building non-coal revenue. 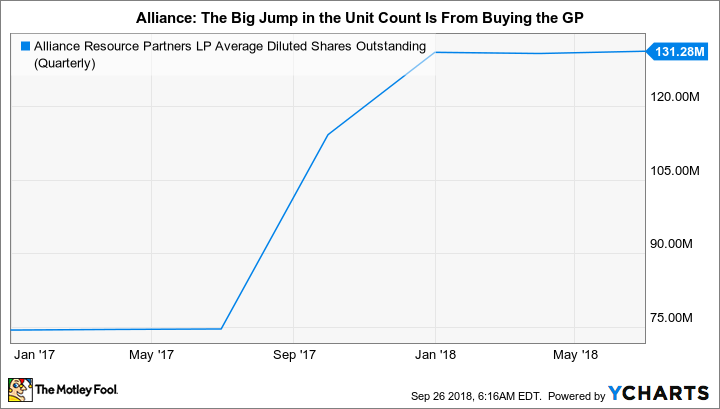 Moreover, despite the higher unit count pushing net income per unit down 7% year over year through the first half, distributions still only accounted for around 57% of first-half net income per unit. That's plenty of safety for the distribution and should allow for further, modest, distribution hikes. The balance sheet remains strong, too, with long-term debt only accounting for roughly 25% of the capital structure. Alliance is operating in a slowly dying industry, but it is still executing very well.

Different from the crowd

At this point, coal isn't a long-term growth business, despite the strong results Alliance has put up this year. But that doesn't mean it can't be a profitable investment. Alliance has done a great job navigating a difficult coal market, it's preparing itself for the future via new investments and a simplified business structure, and most importantly, it's rewarding investors with a huge, well-supported, 10% distribution. This is a cash cow that income investors willing take a contrarian view should examine very closely. Coal's days may be numbered, but the longer the eventual demise takes, the more money Alliance will throw off to unitholders.