On Sept. 12, Apple (NASDAQ:AAPL) announced three new iPhones. The largest -- and priciest -- of the bunch is the iPhone XS Max, which sports a 6.5-inch organic light emitting diode (OLED) screen.

The device seems to have been well received, with tech news site ZDNet calling it "the best iPhone Apple has ever made." According to analyst Ming-Chi Kuo of TF Securities, "demand for the XS Max is better than expected (3-4 times that of XS)." 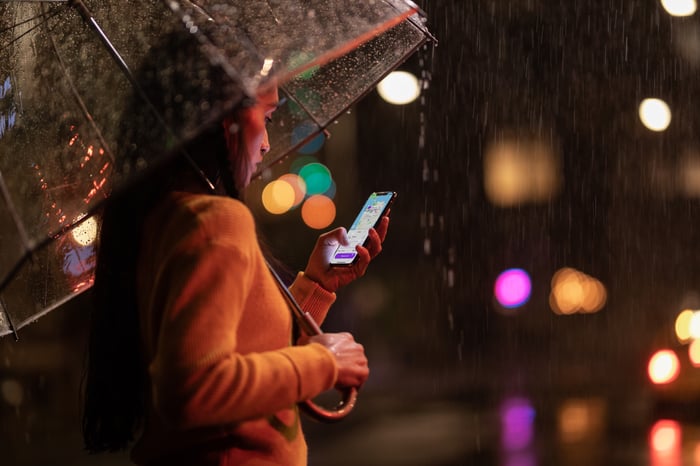 TechInsights said in its article that it has torn down iPhone XS Max units sourced from North America as well as from Australia, and that both of those iPhones contained LPDDR4X DRAM from memory specialist Micron.

This led TechInsights to ask, "Does this mean that Micron is the sole owner of the SDRAM socket?"

"It's too early to tell because we have only seen a couple of different [stock keeping units] so far," the teardown specialists explained. "We will learn more as we open up the many more units needed to conduct our in-depth examination of the A12."

Keep in mind that LPDDR4X is a commodity memory that's not unique to Micron -- Samsung and SK Hynix produce it, too. It makes sense for a company like Apple, which consumes a substantial amount of DRAM for its iPhone needs, to qualify DRAM chips from multiple different vendors. Don't be surprised, then, if TechInsights provides an update saying that it found versions of the new iPhones with LPDDR4X sourced from other vendors, too.

To get a sense of how important sales of products into the mobile market are to Micron, the table below shows the revenue and operating income that Micron's mobile business unit (MBU) generated over the course of the company's fiscal year 2018:

Now, this business clearly isn't all Apple-related (commodity component vendors tend to supply a wide range of clients), nor is it all DRAM-related (Micron sells NAND flash and multichip packages that combine NAND flash and DRAM into mobile applications, too). But the point is that Micron's mobile business drives significant revenue and operating income for the company.

It has been known for a while that Intel would be the sole provider of the cellular modems in Apple's new iPhones, and the teardown seems to confirm that. According to TechInsights, there seem to be three Intel-supplied chips in the iPhone XS Max: the cellular baseband processor, the RF transceiver, and a power-management chip. The chips that handle the RF front-end duties in the new iPhones come from different companies (TechInsights identified chips from both Broadcom as well as Skyworks).

Intel makes most of its money from selling processors into the personal computer and data center markets, but it has supplied various cellular chips into the iPhone since 2016. Intel had traditionally split the iPhone spot with rival Qualcomm, but for this year's crop of new iPhones, Intel appears to have won it all.

It's also worth noting that a little while back, there was a report that Intel was trying to increase its business in the 2020 iPhones by supplying a Wi-Fi and Bluetooth combination chip (which would have come at the expense of Broadcom). However, Apple reportedly passed on that product.

Skyworks all over the place

According to analyst Vijay Rakesh (via CNBC), Skyworks derives between 35% and 40% of its revenue from sales of chips to Apple. (The analyst consensus calls for Skyworks to generate $3.86 billion in revenue in 2018.) The company clearly has a lot riding on the success of Apple's latest products.