Shares of personalized online apparel business Stitch Fix (NASDAQ:SFIX) stumbled on Monday during after-hours trading, falling about 21% as of 5:01 p.m. EDT. The decline came when the company reported revenue and active client numbers that were below consensus estimates.

Decelerating growth during the period may have some investors worried the company's strong growth isn't as sustainable as initially thought. Though Stitch Fix reported robust double-digit growth for the period, its year-over-year growth rates for revenue and active clients both decelerated meaningfully compared to growth seen in the company's third quarter. 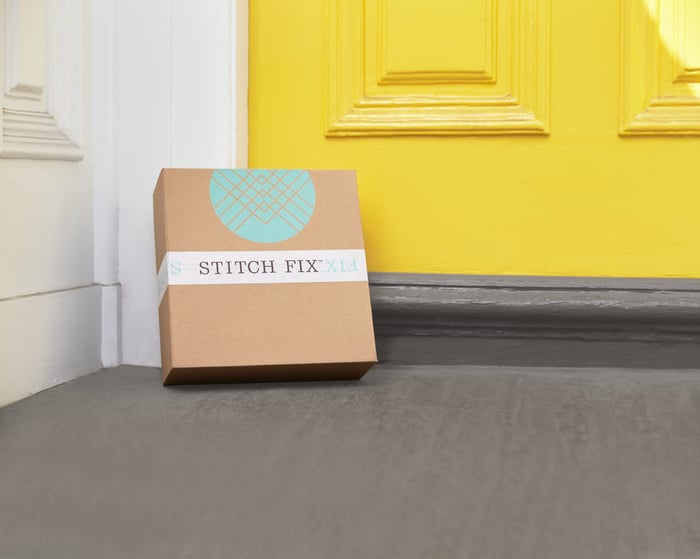 Strong (but not strong enough) growth

Stitch Fix was clearly happy with its results. CEO Katrina Lake called the period "another strong quarter." And she was right. But that growth wasn't strong enough to meet investors' high expectations.

Helping contribute to Stitch Fix's notable profit was an expansion in the company's gross profit margin, which was 44.4% for the period, up from 43.5% in the year-ago quarter.

"This improvement was largely driven by the decrease of our inventory reserve and clearance expense," management explained in Stitch Fix's fiscal fourth-quarter shareholder letter, "which resulted from the strengthening of our inventory management capabilities, as well as reduced shrink."

Summing up the quarter, management said its results "demonstrate our focus on delivering disciplined growth while making measured investments in our business."

Looking ahead, management says it expects net revenue per active client to "decline in future quarters," despite increasing 0.4% in fiscal 2018 compared to fiscal 2017. Management expects its expansion in Men's, Plus, and Kids, along with its further penetration in lower price points, to weigh on this metric.

Despite expecting its revenue per client to decline, Stitch Fix expects its overall top-line growth to remain robust. Management guided for fiscal 2019 revenue to rise 20% to 25% year over year -- a forecast that excludes any impact from a planned launch in the U.K. around the end of fiscal 2019.