Monday was generally a good day for the stock market, although major benchmarks showed a considerable amount of variation in how they performed. The Dow Jones Industrial Average and S&P 500 seemed to benefit the most from news that the U.S., Mexico, and Canada had resolved their trade differences and come to a trilateral agreement, but the Nasdaq Composite lagged, and small-cap stocks posted substantial declines. Also hurting the overall market were some disturbing developments regarding some key companies. Infinera (NASDAQ:INFN), Akorn (NASDAQ:AKRX), and Cal-Maine Foods (NASDAQ:CALM) were among the worst performers on the day. Here's why they did so poorly.

Infinera deals with a downgrade

Shares of Infinera fell 15% after stock analysts made negative comments about the company. Analysts at MKM Research cut their rating on the optical equipment provider from neutral to sell and cut their price target by 45% to $5.50 per share, citing the potential for a competitor to lure one of Infinera's key customers away. Given the pace of technological innovation, it's imperative for service providers like Infinera to keep up with cutting-edge products, and analysts don't have the confidence that Infinera has what it takes to avoid falling behind. Unless Infinera can attract a wider range of clients, the threat from losing major customers isn't likely to go away anytime soon. 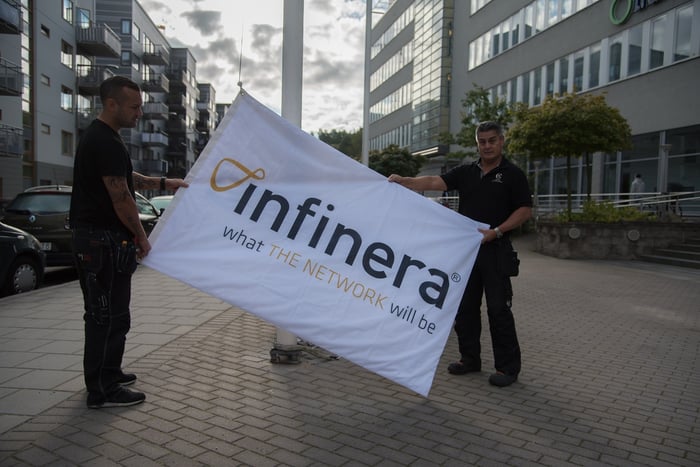 Akorn stock plunged 59% in the wake of a court ruling that would essentially undo an acquisition deal that the generic-drug manufacturer had been counting on going through. In early 2017, Fresenius Kabi made a $4.3 billion offer to acquire Akorn, which would have given shareholders $34 per share in cash for their Akorn stock. However, earlier this year, Fresenius sought to back out of the deal, arguing that Akorn had provided inaccurate information to the U.S. Food and Drug Administration without disclosing it early in the due diligence process. A court ruled that Fresenius did indeed have the right to back out of the deal, and that has Akorn investors worried not only about the merger being off the table but also that its business prospects are cloudier than previously thought.

Finally, shares of Cal-Maine fell 7%. The egg producer released fiscal first-quarter financial results that included a solid 30% gain in net sales, along with positive net income that reversed a loss in the year-earlier quarter. CEO Dolph Baker noted that even though Cal-Maine had to deal with price volatility during the quarter, strong demand for cage-free eggs should support its long-term prospects. Nevertheless, investors had wanted even better results, and with consumer tastes seemingly changing at a rapid pace, it's tough for Cal-Maine to keep up.