The stock's rise follows news over the weekend that CEO Elon Musk settled with the SEC's recent allegations. The SEC had filed a suit last week alleging the executive had misled investors with tweets about considering taking the company private.

In addition, another reason for the stock's rise on Monday is likely a report that the company was on pace to achieve profitability in Q3. 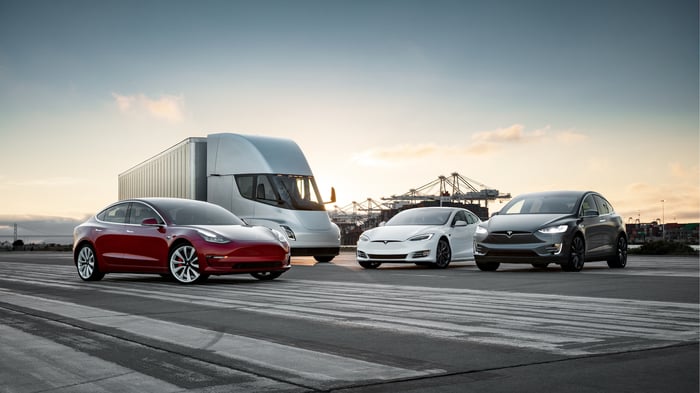 Musk made "a series of false and misleading statements," the SEC said in a suit against the CEO last week. The main issue described in the SEC's claim was Musk's decision to say funding had been "secured." The SEC claimed that "Musk had not even discussed, much less confirmed, key deal terms, including price, with any potential funding source" by the time he had said funding for the deal was secured.

Musk's settlement is generous compared to the SEC's initial request for court action, which would have removed Musk as both chairman and CEO and prevented him from ever being an officer or director at any publicly traded company in the future. The resolution allows Musk to refrain from admitting guilt and to continue being CEO, but it requires him to step down as chairman for three years and to pay a $20 million fine to harmed investors. In addition, Tesla also has to pay a separate $20 million fine and put in place a better process to oversee the CEO's communication.

Looking beyond the settlement, news also broke over the weekend that Tesla was "very close to achieving profitability," Musk said in an email to employees (via Bloomberg) over the weekend. "If we go all out tomorrow, we will achieve an epic victory beyond all expectations," Musk said.

Musk's settlement is a breath of fresh air for investors. Not only does it allow the important executive to remain CEO, but the oversight it requires Tesla to implement to help control the CEO's communication could ultimately be better for investors, as Musk's tweets have sometimes been a concern.

The settlement also allows Tesla to put the suit behind it and focus on Model 3 production. The company will report deliveries any day now, as it typically reports quarterly deliveries within the first three days of each quarter's end. Tesla's third quarter ended on Sunday.