It's no secret that United Continental (NASDAQ:UAL) is one of the biggest fans of Boeing's (NYSE:BA) revolutionary 787 Dreamliner wide-body. As of the end of August, United already had 37 Dreamliners in its fleet -- primarily the 787-9 model -- plus another 18 on order.

On Monday, Boeing announced a repeat order for 787-9s from United Airlines. Furthermore, United revealed that it plans to use the larger 787-10 model on premium domestic routes when it enters regular service in January. (By contrast, United -- like most airlines -- has used the 787 almost exclusively on longer international routes up until now.) This expands the potential opportunity for Boeing to sell 787 Dreamliners to United Continental.

Back in July, Boeing announced a repeat order for four 787-9s from United. At the time, United Continental CFO Gerry Laderman hinted that further orders could be forthcoming as the carrier works through its long-term fleet plan. Sure enough, United Airlines ordered nine more 787-9s this week. The additional planes will begin arriving in 2020. 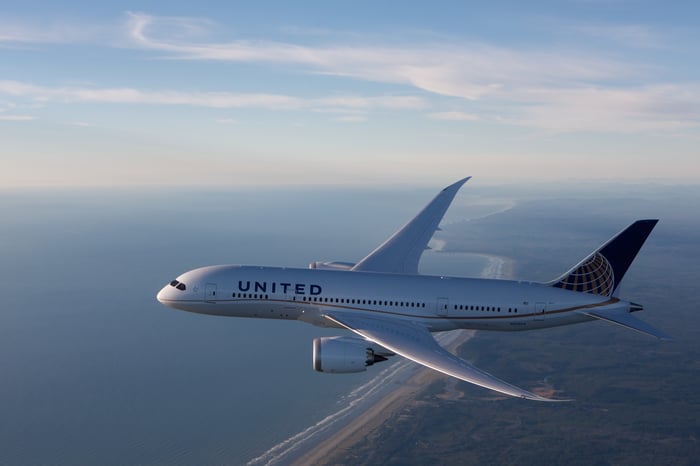 United Airlines now has a total of 64 Dreamliner orders: 37 that have already been delivered, plus 27 on order. The recent deals have more or less replaced the 14 787-family orders that United traded for 777-300ER orders a few years ago.

This is part of a broader revival in Boeing's Dreamliner order activity as production has ramped up and the size of the backlog has moderated. Through the first eight months of 2018, Boeing reported 96 net orders for the 787 family. The most recent United agreement vaults Boeing past 100 net Dreamliner orders for the year.

United finds a new use for the Dreamliner

Looking ahead, United Airlines' interest in the Dreamliner could continue to grow as it discovers new ways to deploy the type profitably. Beginning in early 2019, United will use its first few 787-10s to add more seats -- and particularly more premium seats -- on its lucrative Newark-San Francisco and Newark-Los Angeles routes.

These routes carry lots of high-fare business traffic, due to United's strong position in all three markets and the upgraded amenities offered on these routes. Meanwhile, all three airports are extremely crowded. That makes the 787-10 an ideal aircraft to use on these routes. 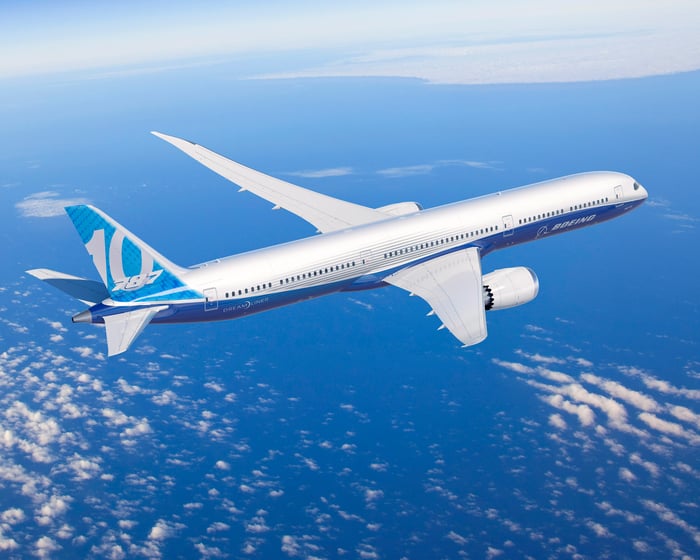 United's 787-10s will be equipped with 44 Polaris seats (United's equivalent of business class) compared to 28 on the 777-200s currently used on some transcontinental routes. Furthermore, the layout of those Polaris seats will be far more comfortable on the 787-10. The 787-10 will also feature 21 Premium Plus (premium economy) seats, while the 777-200 doesn't have any.

As of Jan. 7, 2019, United will fly 787-10s on two daily Newark-Los Angeles roundtrips and one daily Newark-San Francisco roundtrip. It will move one 757-200 over from the former route to the latter, giving it 12 daily roundtrips to Los Angeles and 15 daily roundtrips to San Francisco. This will allow United to offer an even better schedule -- hopefully attracting more high-fare customers -- while also offering significantly more capacity on these key routes, thanks to the 787-10's total seating capacity of 318.

There could be more orders in the future

United initially suggested that its 787-10s would mainly be used for flights from Newark to Europe. Indeed, the plane is ideally suited to dense transatlantic routes like Newark-London and Newark-Frankfurt.

However, the 787-10 could also become an integral part of United's transcontinental route network -- and for longer-haul routes to Hawaii. Thirteen of the carrier's 19 777-200s were built in 1995 and 1996, so they will become ripe for retirement in the next five years or so. The 787-10 would be a logical replacement.

United Continental only has 14 787-10s on order today. Given the potential opportunities to deploy this ultra-efficient new aircraft model, investors shouldn't be surprised if the company orders a substantial number of additional 787-10s within the next couple of years.