Please ensure Javascript is enabled for purposes of website accessibility
Log In Help Join The Motley Fool
Free Article Join Over 1 Million Premium Members And Get More In-Depth Stock Guidance and Research
By Rick Munarriz - Oct 4, 2018 at 10:00AM

The leading online marketplace for freelancers went public at $15, then closed its first day of trading 41% higher.

It was a strong debut for Upwork (UPWK -1.98%) on Wednesday. The leading online marketplace for freelancers was hoping to hit the market with its shares priced between $12 and $14. Underwriters were able to sell nearly 12.5 million shares at $15 this week, and that still wasn't enough.

Upwork opened at $23 on Wednesday morning. The debutante closed the day lower at $21.18, but still 41% above its IPO price, and 63% above its initial price range. It's now another hot IPO for growth investors to consider. 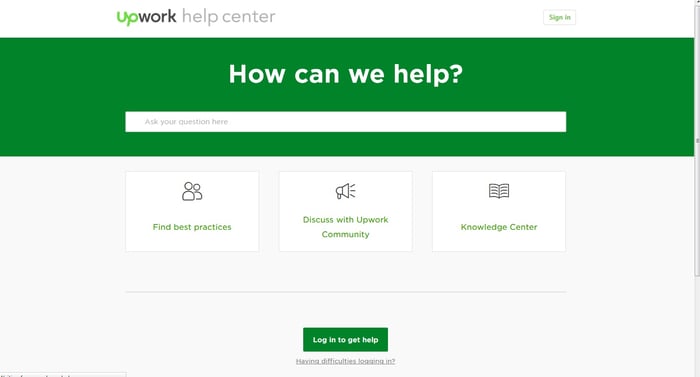 We live in the age of the gig economy, and while the media typically focuses on its Uber drivers, Instacart grocery pickers, and Rover dog sitters, there's a booming class of people taking on freelance projects  either as a side gig or -- in volume -- as a career.  The freelancers on Upwork boast more than 5,000 skills across 70-plus categories, including web development, writing, graphic design, and customer service, and the platform connects them with the employers seeking their services.

Upwork works. It has been the middleman for $1.56 billion of gross services volume (GSV) through the past four quarters, setting up 375,000 freelancers with 2 million projects offered by 475,000 active clients. Between the flexibility of temp help and the rising costs required to staff in-house specialists, it's a safe bet that the freelance market will continue to expand.

Upwork estimates that the total global GSV for the freelancing market was $560 billion last year. Business research firm McKinsey Global Institute forecasts the market will grow into a $2.7 trillion opportunity by 2025. An average of 10,000 independent professionals and agencies are joining Upwork daily.

Recent numbers bear out the market's growth potential. Upwork's revenue rose 23% to $202.6 million last year. And that growth pace is accelerating with 28% top-line growth through the first six months of 2018. However, Upwork is still not profitable. Its net loss narrowed in 2017, but it has widened again so far this year. Operating expenses have outpaced top-line growth, up 39% through the first half of 2018 as Upwork invests in its future.

This remains a fragmented sector, and Upwork itself was birthed with the combination of Elance and oDesk a little more than four years ago. The IPO will help Upwork acquire other promising puzzle pieces to keep its empire expanding, though organic growth should continue to be strong. The gig economy is here, and Upwork has a great seat from which to watch the freelancing revolution play out in the coming years.