Thursday was a bad day on Wall Street, as major benchmarks fell sharply after worries about other financial markets took their toll on stocks. A substantial jump in bond yields has taken the 10-year Treasury to 3.2%, and some investors fear that higher rates could raise financing costs for companies, taking away some of their incentive to invest in further growth. However, even with the downward pressure on the overall market, some stocks had good showings. Barnes & Noble (NYSE:BKS), Paratek Pharmaceuticals (NASDAQ:PRTK), and Hortonworks (NASDAQ:HDP) were among the best performers on the day. Here's why they did so well.

Barnes & Noble looks for a buyer

Shares of Barnes & Noble soared nearly 22% after the bookstore retailer made an announcement that could eventually result in putting itself up for sale. Specifically, the company said late Wednesday that it had begun the formal review process to evaluate strategic alternatives. Barnes & Noble has already gotten expressions of interest from several possible buyers of the bookstore chain, including the company's own board chair, Leonard Riggio. With a special committee of directors conducting the strategic review process, investors are hopeful that the long-struggling retailer could finally find a way to unlock whatever remaining value there is in Barnes & Noble for its shareholders. 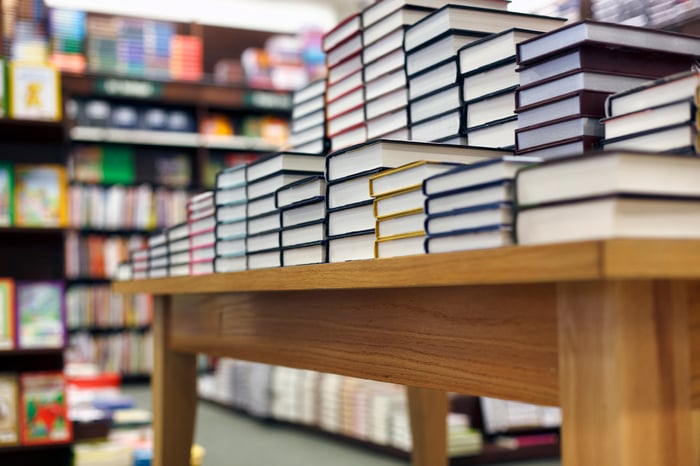 Paratek Pharmaceuticals stock jumped 13% in the wake of good news from the U.S. Food and Drug Administration. The company said that the FDA has approved its Nuzyra treatment for community acquired bacterial pneumonia as well as certain acute skin infections. The announcement came just a day after the biopharmaceutical company had gotten FDA approval for a different drug, Seysara, which treats moderate to severe acne. The rare back-to-back good news did a good job of refocusing attention on Paratek and its potential to see sales soar once the company moves forward with its marketing plans.

Finally, shares of Hortonworks picked up 12%. The data management specialist announced that it and Cloudera (NYSE:CLDR) would combine forces in a merger of equals, creating what the two companies called the world's top next-generation data platform provider encompassing both onsite and cloud-based operations. Under the terms of the deal, Hortonworks shareholders will receive 1.305 shares of Cloudera for every Hortonworks share they own, making the post-merger split roughly 60% Cloudera and 40% Hortonworks. Investors are excited about the potential of this combination, and as scale becomes ever more important, the post-merger company should be in an even better competitive position to fight against the giants of the tech industry.