Wall Street moved lower on Thursday, with the Dow Jones Industrial Average suffering a 201-point decline. Stocks took their cues from the bond market, where bond prices dropped sharply in response to extremely strong U.S. economic data. For years, the economic expansion has given bond investors a Goldilocks scenario, in which growth was solid but not so sharp as to cause negative side effects, such as inflation. Now, stronger signals could force the Federal Reserve to raise interest rates more aggressively than previously thought, and that could hurt the markets. Several individual companies also suffered from bad news that sent their shares lower. Mallinckrodt (NYSE:MNK), International Speedway (NASDAQ:ISCA), and LGI Homes (NASDAQ:LGIH) were among the worst performers on the day. Here's why they did so poorly.

Shares of Mallinckrodt dropped 17% in the wake of good news for a potential competitor. Praxair gained approval from the U.S. Food and Drug Administration for its ANDA for Noxivent generic gas for treating neonatal patients with respiratory failure. Analysts at BMO Capital didn't believe that the news should be too bad for Mallinckrodt, because it does extensive business with neonatal intensive care units at hospitals across the country. Moreover, Praxair will have to gain FDA approval for a planned competing delivery device for the gas. Nevertheless, investors weren't pleased, seemingly discounting any potential favorable resolution and continuing to pound on Mallinckrodt's beaten-down shares. 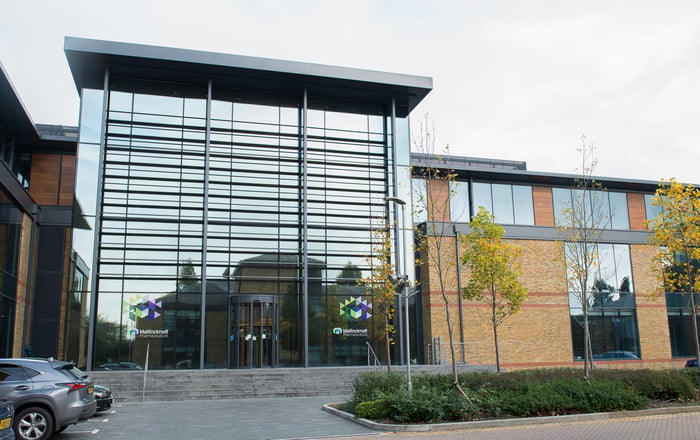 International Speedway stock fell 16.5% after the company announced its fiscal third-quarter financial results. The motor speedway specialist said that revenue jumped more than 20% from the year-earlier quarter, leading to operating income that was almost five times higher than in the third quarter of fiscal 2017. However, a big part of the rise came from a calendar shift in when key NASCAR races were held at the company's Chicagoland Speedway. Moreover, guidance for the remainder of the year was less optimistic than what those following the stock had projected. Despite efforts to broaden its appeal, International Speedway still needs to do more in order to regain investor confidence.

Finally, shares of LGI Homes finished lower by 10%. The homebuilder released its latest data on home-transaction closings, and it showed that the company has seen fewer transactions this year than in the same periods last year. During September, LGI closed on 478 homes, down by 64 from year-ago levels. Third-quarter numbers were similarly disappointing, with a drop of 128 homes to bring this year's total to 1,601. Looking at the entire year to date, LGI is still well ahead of its pace in 2017. But some fear that the big rise in interest rates could further dampen homebuyer interest, and that would threaten the more favorable assumptions that LGI used in providing guidance for the remainder of the calendar year.