Tesla Inc. (NASDAQ:TSLA) stock dropped 12.2% in September, according to data from S&P Global Market Intelligence. Shares of the electric-vehicle specialist are down 5.3% in 2018 through Oct. 3. 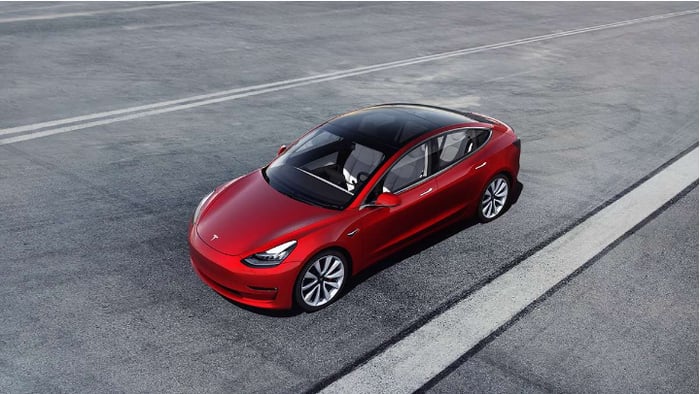 The saying "what a difference a day makes" applies to Tesla's September (along with being a late 50s Grammy-winning song by Dinah Washington). Shares were on track to close the month up slightly, when -- BAM! -- they plummeted 13.9% on the last day of the month, Friday the 28th.

The culprit was news out the previous day that the Securities and Exchange Commission (SEC) was suing Tesla and Elon Musk for the CEO making "false and misleading public statements and omissions [that] caused significant confusion and disruption in the market for Tesla's stock and resulting harm to investors," according to the Washington Post. The suit unnerved many investors because it was looking at permanently removing Musk as Tesla's CEO and chairman, among other things.

In short, the regulatory agency alleges that Musk committed securities fraud with his market-moving Aug. 7 tweet: "Am considering taking Tesla private at $420. Funding secured." Tesla stock soared following Musk's tweet since $420 per share was significantly higher than where the stock was trading.

Musk did not have a written commitment for funding, though he claims to have had a verbal agreement with the Saudi sovereign wealth fund.

October started on a much better note for Tesla and its tweet-loving chief executive. On Monday, Oct. 1, Tesla stock zoomed up 17.3% -- more than erasing its loss from the previous trading session -- on news that Tesla and Musk had settled with the SEC. Shares have since given up some of that gain and are up 11.3% for the month, through Wednesday.

Under the terms of the settlement, Musk will step down as Tesla's chairman and will be ineligible to fill this role for three years, though -- and this is what moved the stock -- he will remain as the company's CEO. Furthermore, Tesla must appoint two new independent directors to its board, Musk and Tesla will each pay a $20 million fine, and the company must "establish a new committee of independent directors and put in place additional controls and procedures to oversee Musk's communications."

Tesla is expected to report earnings in the late October-early November range, so investors will soon be getting financial data for the third quarter. Musk said last quarter that he expected Tesla to turn a profit and be cash flow positive in the quarter.

Why Tesla Stock Dropped 12.2% in September -- and Is Up 11.3% So Far in October @themotleyfool #stocks $TSLA Next Article
Current