Shares of Costco (NASDAQ:COST) have fallen today, down by 5% as of 2:40 p.m. EDT, after the company reported fiscal fourth-quarter earnings results. Investors were also rattled by a potential accounting issue that the company disclosed.

Revenue in the fiscal fourth quarter increased 5% to $44.4 billion, which translated into net income of $1.04 billion, or $2.36 per share. Those top- and bottom-line results were mostly in line with analyst estimates, which called for $44.4 billion in sales and $2.34 per share in profit. As is often the case, membership fees comprised the bulk of operating income -- $997 million out of $1.4 billion, to be precise. 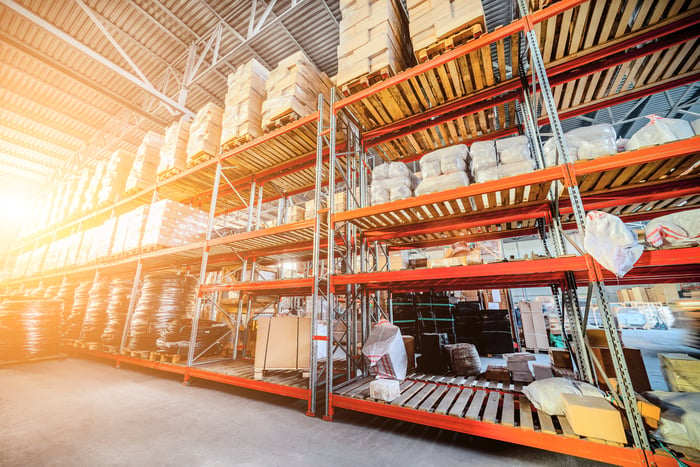 However, the wholesale warehouse retailer disclosed a "material weakness in internal control" that spooked investors.

The problem stems from the company's IT controls around user access related to IT systems that support Costco's financial reporting. "The access issues relate to the extent of privileges afforded users authorized to access company systems," Costco stated in its release. The company was quick to point out that it has already started to rectify the problem and that it has not identified any misstatements in its financial statements.

The issues had to do with internal user access. People within IT are contractors and somebody who may have had access to something they should've and sometimes that once they should've had that access relieved, it took a little too long to do so.

So the controls were in place -- we should've done a better job. We went back as far as we could and some systems for the entire fiscal year, which is what you want to do, and some of the newer systems there was no look-back ability for certain things. I can tell you all the look-backs that we have done and that our outside help has done, has found no issues whatsoever in terms of misstatements or breaches.

Costco expects to complete its remediation process by the end of fiscal 2019.