The membership-based retailer has proven that it's not going to be a victim of the retail apocalypse. It has clearly shown that its customers remain loyal and that they have become even more willing to shop at the warehouse club at a time when other retailers are struggling.

CFO Richard Galanti laid out where the company stands during its Q4 earnings call on Oct. 4. He had a lot of positive news for investors during a call that also offered some forecasts. 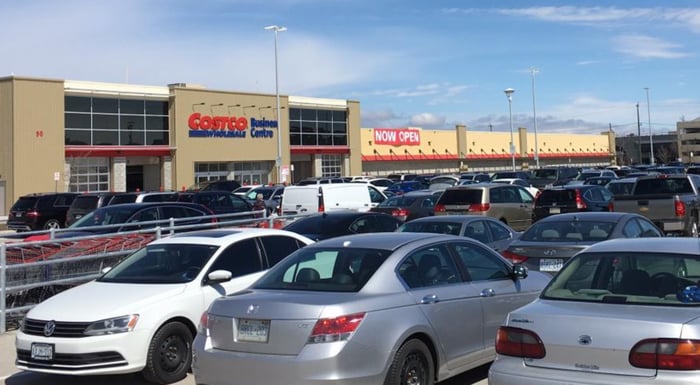 1. Income is going up

Income from membership, which drives about 75% of the company's profits, was up 2.3% for the quarter. Most of that increase came from the company's $5 to $10 increase in annual fees that took effect on June 1, 2017, at the chain's U.S. and Canada locations.

Costco isn't a chain that opens huge numbers of stores. Instead, it steadily grows by adding a few warehouses each quarter. That continued in fiscal 2018, when the chain added 21 new locations, 13 in the U.S.

"For '19, we expect to open 20 plus in the low 20s net new warehouses," Galanti said. "About three-quarters will be in the United States and about a quarter international."

"This past fiscal year, our site-traffic conversion rates in orders all improved year over year," Galanti said. "Online grocery, both our dry grocery two-day delivery as well as our same-day fresh delivery -- the latter through Instacart and others like Shipped -- are growing nicely but still a very small part of our company's sales."

To continue that growth, he noted that Costco plans to keep improving its online merchandise selection. He added that the company plans to keep revising its omnichannel capabilities, specifically by offering more items for sale online that can be picked up in-store.

Very little to worry about

While Galanti noted that tariffs might cause some pricing issues, he made it clear that Costco has plans to handle them. He was generally upbeat and made it clear that the warehouse club should continue to move steadily forward. That's very easy to believe because Costco has been a steady performer that has shown it's not going to be hurt by market trends or changing shopping behavior.