Teledoc Health (NYSE:TDOC) stock jumped 11.4% in September, according to data from S&P Global Market Intelligence . (It gave back those gains, however, in the first week of October. Shares dropped 12.2% last week, a period in which high-flying growth stocks, particularly in the tech realm, were hit hard.) 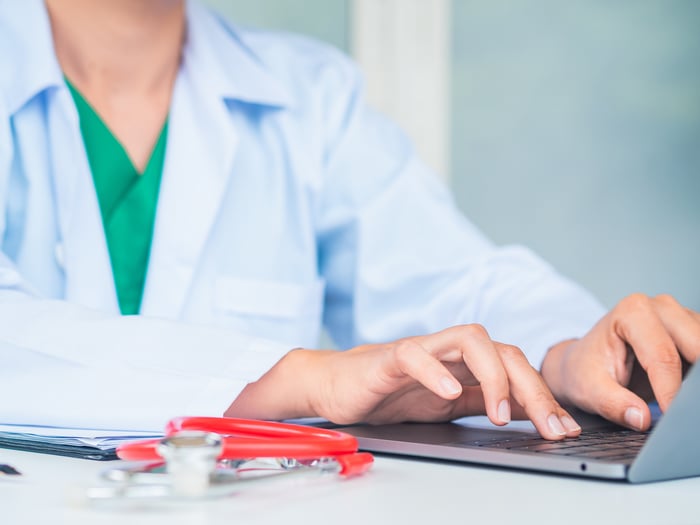 Teledoc Health didn't release any notable financial or business data during September, nor were there any significant news reports about it. So it's probably safe to assume that the stock's robust performance was simply a continuation of the upward trend it's been charting for some time thanks to the company's continued strong growth.

In early August, Teledoc delivered second-quarter results that pleased the market. Revenue soared 112% year over year to $94.6 million, a result partly attributable to the company's acquisitions of Best Doctors and Advance Medical. Organic revenue (which excludes the contributions from acquisitions made within the last year) grew 39%. Net loss widened to $25.1 million, or $0.40 per share, from $15.4 million, or $0.28 per share. This was driven by acquisition costs and the company's expansion into behavioral health.

Investors shouldn't be concerned that Teledoc is posting losses, as that's typical for companies that are relatively new to the public markets (Teledoc IPOed in July 2015) and are investing heavily in growth initiatives. A notable positive on the profitability front is that adjusted EBITDA (earnings before interest, taxes, depreciation, and amortization) came in at $2.7 million, compared to a loss of $5.1 million in the year-ago quarter.

Key metrics moved in the right direction in Q2:

For the full year, the company's guidance is as follows: