Shares of L Brands Inc. (NYSE:BBWI) -- a leader in women's intimate and other apparel, and personal-care, home-fragrance, and beauty products -- were up roughly 10% as of 10 a.m. EDT on Thursday after the company announced monthly sales and, separately, that it was exploring options for its money-losing La Senza luxury lingerie brand.

In an attempt to focus on its core Bath & Body Works and Victoria's Secret businesses, L Brands announced on Thursday that it is pursuing options for La Senza, a Canadian chain it acquired in 2007 for roughly $700 million. La Senza had been losing money, and L Brands is expected to post an operating loss of $40 million on sales of roughly $250 million for the full year. 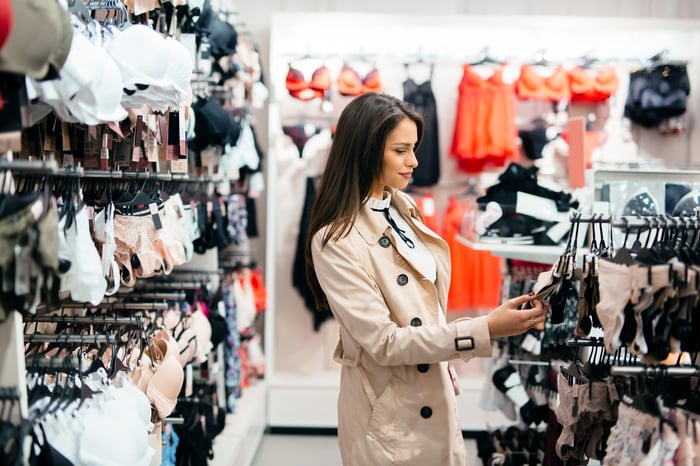 The markets liked the move to shop around its La Senza brand, but even if that proves successful, it doesn't fix some of the company's core problems of increased competition and margin declines. But at the very least, this signals to investors that management is taking steps to improve profitability and knows it needs to drastically alter its business.