Thursday was another tough session for the market, but major benchmarks at least managed to finish above their lowest levels. After yesterday's decline of more than 800 points, the Dow Jones Industrial Average's roughly 550-point loss today seemed almost calm by comparison, despite wide swings that took the average all the way up to the unchanged level around noon. Investors are focusing on the more worrying prospects for the near future, and some individual companies also had to deal with challenges that sent their share prices lower. CVS Health (NYSE:CVS), Fluor (NYSE:FLR), and Square (NYSE:SQ) were among the worst performers on the day. Here's why they did so poorly.

CVS moves another step closer to getting its deal done

CVS Health finished 7% lower despite getting the good news that its merger with Aetna had received approval from antitrust regulators at the U.S. Department of Justice. However, the Justice Department did make one demand: that Aetna sell off its Medicare Part D prescription drug plan business. With Aetna already having said it would work with industry peer WellCare Health Plans for the divestiture, investors now expect the deal to close later this year. Yet the $69 billion acquisition will require CVS to raise a lot of money through debt financing, and with interest rates on the rise, now might not be the perfect time to do the deal. 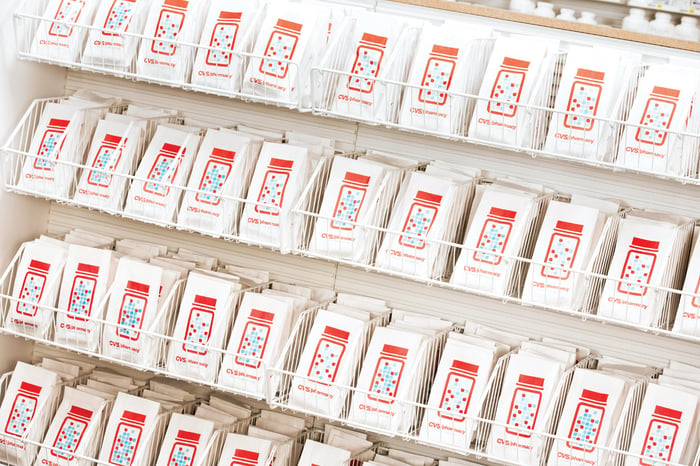 Fluor stock plunged 17% after the construction company issued preliminary results for its third quarter. Fluor said that revenue should come in at about $4.6 billion, producing pre-tax earnings of roughly $125 million. However, those figures were both well below what most of those following the stock had expected to see, and even the $9 billion in new business that Fluor won during the period wasn't enough to make investors more comfortable about the announcement. Until Fluor shows that it can convert all of its new business into profits, shareholders seem reluctant to have complete faith in the construction company's future prospects.

Finally, shares of Square finished down 11%. The financial technology company was one of the growth darlings of the market over the past year, so the recent reversal of fortune for the stock market has had a disproportionately strong impact on Square shares. Yet Square also got the bad news that CFO Sarah Friar had decided to leave the company, choosing instead to become CEO of a small privately held social networking company called Nextdoor. Square's fundamental business prospects remain sound and encouraging, but until the market calms down, its share price could remain volatile.