Portola Pharmaceuticals (NASDAQ:PTLA) lagged the market last month by falling 11% compared to a 0.4% increase in the S&P 500, according to data provided by S&P Global Market Intelligence.

The decline added to prior significant losses to leave the biotech stock well behind the broader market, with a drop of over 50% so far in 2018. 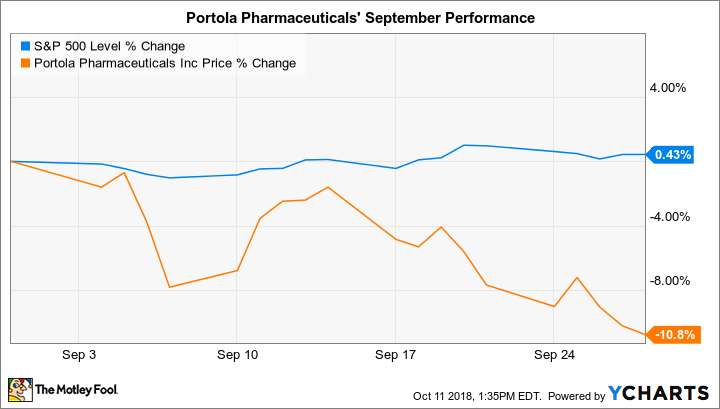 Portola, the owner of two drugs approved by the Food and Drug Administration, is struggling to transition into commercial viability. The company saw operating expenses shoot up to $108 million in the second quarter despite having booked just $4 million of revenue. As a result, net losses amounted to over $100 million for the period.

Investors were spooked by the news of those losses, and by the sluggish start for Portola's anticoagulant treatment called Bevyxxa, in August. Last month the bearish sentiment continued amid significant changes in the company's leadership team. CEO Bill Lis and CFO Tao Fu have both left Portola in recent months. 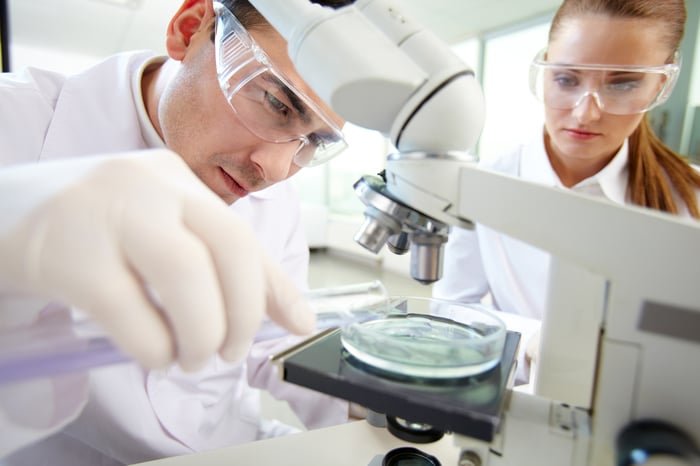 The company named Scott Garland as its new CEO on Sept. 20. Garland will need to take full advantage of his experience in building commercial franchises for other large therapies as Portola targets important FDA, clinical, and marketing milestones in the coming quarters. But until the company can show progress toward a sales rebound for its major treatments, the stock is likely to stay under pressure.