Back in 2008, Apple (NASDAQ:AAPL) bought a small microprocessor designer called P.A. Semi for $278 million. Over the years, Apple has continued to build on its chip efforts through both acquisitions and extensive organic expansion efforts.

Today, there should be no doubt that Apple's chip-development organization is extremely capable. It develops the applications processors that enable many of the capabilities of multibillion-dollar product lines such as the iPhone, iPad, and Apple Watch. 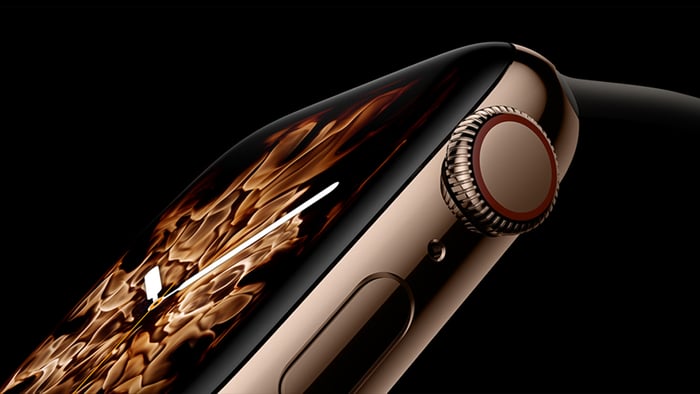 The company's chip efforts have also expanded beyond applications processor design -- which, in itself, requires proficiency in a wide array of areas -- to include things like wireless chips, as well as (more recently) power-management chips.

Here, I'll go over some of the reasons why Apple's in-house chip-development efforts are an important strategic asset for the company.

1. The ability to differentiate

One reason why Apple develops its own chips is so that it can deliver differentiated performance and capabilities relative to what it could source from a merchant chip supplier. That differentiation was in full view with the company's latest A12 Bionic chip, which powers the newest iPhones.

AnandTech's Andrei Frumusanu recently did a lot of in-depth testing of the A12 Bionic, and the results look quite impressive. Apple's A12 Bionic chips "have better energy efficiency than all recent Android [systems-on-a-chip] while having a nearly 2x performance advantage," according to Frumusanu.

"I wouldn't be surprised that if we were to normalise for energy used, Apple would have a 3x performance lead," he added.

As if that weren't impressive enough, Frumusanu said that "we're now talking about very small margins until Apple's mobile SoCs outperform the fastest desktop CPUs in terms of [single-threaded] performance."

Apple's chip efforts aren't limited to building excellent CPUs, either. Apple said that its last-generation A11 Bionic chip incorporated the company's first in-house graphics processing unit (GPU). The A12 Bionic appears to have a new iteration of that in-house design. Once again, Frumusanu had some very kind words to say about this aspect of the chip. He wrote that "the iPhone XS and XS Max, thanks to the new A12 SoC, showcase industry leading performance and efficiency, and currently are the best mobile platforms for gaming, period."

That's high praise and seemingly a clear validation of Apple's strategy of building its own iPhone applications processors.

Apple often introduces new product categories, and those products tend to require sophisticated chip technology. In 2015, Apple launched the Apple Watch, which incorporated an Apple-designed applications processor known as the S1. Apple has rapidly iterated on the Apple Watch category, and with each new product introduction, it has made significant strides in the capabilities of the chip inside.

You also might recall that in late 2016, Apple introduced wireless earbuds called AirPods. Those earbuds -- which Apple CFO Luca Maestri referred to as a "runaway success" on the company's most recent earnings call -- incorporate a custom-designed chip called the W1 chip that enables a lot of compelling functionality, which you can read more about here. Apple incorporated a newer W2 chip in its Apple Watch Series 3, and it seems reasonable to expect that updated AirPods would incorporate it, too.

Having the ability to build its own chips for whatever products it wants to bring to market -- whether they be iterations on existing product lines with cool new features or entirely new product categories for the company -- is a big deal for Apple. It means that Apple's product groups can, in effect, let the internal chip teams know what chips they need and have chips tailored to the exact needs of those product lines. Not only can this speed up Apple's ability to bring new products to market, but it can allow the company to deliver better user experiences, too.