Amazon.com (NASDAQ:AMZN) has decimated shopping malls by causing numerous retailers to go out of business -- or at least reduce their store counts. Now, it could be setting itself up to be the mall's savior.

Amazon is opening a new kind of retail store in partnership with Good Housekeeping magazine that has the potential to change the way we shop yet again. In doing so, it could strengthen the mall as a viable place to shop. 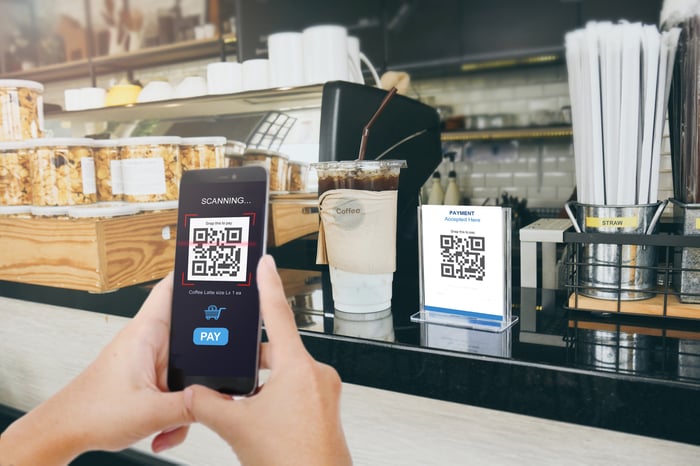 Called GH Lab, Amazon's new, experimental pop-up store has opened in the Mall of America in Bloomington, Minnesota. It carries merchandise recommended by Good Housekeeping, though the store has no inventory. It's more of a showroom than anything else.

Each item on display has a special Amazon SmileCode, which is Amazon's version of a QR code. Using the camera function in their Amazon app to scan the SmileCode, customers can pull up the item's product detail page and add it to their Amazon cart. When the purchase is complete, Amazon handles the fulfillment/shipping process.

This is a radical concept for several reasons. First, it is a relatively low-cost operation. There is no inventory on hand in the backroom -- only what's on display -- and minimal staff is needed. Second, it can be replicated easily. This type of store could fill all those empty storefronts in the mall.

Another benefit, at least for Amazon, is that it overcomes a resistance point that some more-traditional shoppers have towards e-commerce: It allows them to have the in-person experience of seeing and touching an item before buying.

Amazon hinted at this sort of future shopping experience during Black Friday last November when it opened a prototype pop-up store in London displaying goods that could be purchased using SmileCodes.

A better option than before

It was the advent of Amazon and e-commerce that upended the retail landscape and brought retailers like mall anchor store J.C. Penney to the brink of ruin, while driving chain stores such as Aeropostale, PacSun, The Limited, Wet Seal, and dozens of others over the edge into bankruptcy.

E-commerce currently accounts for about 10% of total retail sales, double the amount from 2011. Retailers that have survived are growing sales mainly through their e-commerce businesses, which often have double-digit percentage growth rates. Shopping malls haven't exactly become ghost towns, but there's no doubt they're hurting.

Shopping mall vacancy rates reached a seven-year high last quarter, hitting 9.1% as Sears and Bon-Ton closed dozens of stores, according to data from real estate research firm Reis. The vacancy rate hasn't been this high since the third quarter of 2011, when it peaked at 9.4%.

Mall operators like Pennsylvania Real Estate Investment Trust and Washington Prime Group have sought to boost foot traffic by installing Amazon Lockers: pickup points where Amazon customers could retrieve items they buy online. While the thinking was that bringing people into the mall would help retailers -- as customers might linger and shop in the stores -- the lockers might only serve to undercut other mall tenants.

By contrast, Amazon's latest retail innovation could go a long way toward reviving the shopping mall as a place where consumers actually shop.

Although retailers have been closing stores and shrinking the square footage of those that remain, Amazon now gives chains a reason to expand and open up more stores. Many retailers have been partnering with Amazon in a variety of ways: Sears is an official installation center for tires bought on Amazon; other retailers have opened storefronts on the site; and Kohl's has boutiques with Alexa devices displayed in certain stores and also functions as a return center for purchases made on Amazon.

The GH Labs store represents a different kind of partnership. If these stores take off beyond just this one example, it could lead the way for a renaissance of the shopping mall.

Here's How Amazon.com Could Save the Shopping Mall @themotleyfool #stocks $AMZN Next Article
Current