This month's hottest charge card is American Express' (NYSE:AXP) freshly updated American Express Gold Card. The financial services giant is sprucing up the foodie features on its iconic card, making it more valuable the next time you're dining out or ordering takeout.

The card that was formerly known as Premier Rewards Gold before this month's rebranding is now offering four Membership Rewards points for every dollar spent at U.S. restaurants, far more than any of its other credit or charge cards. It's also offering anyone that signs up in the next three months a 20% rebate on restaurant purchases, up to $100 in statement credit. However, the real meaty feature for restaurant stock investors is a recurring $10 monthly statement credit for dining at select eateries. The initial slate of chains participating in the monthly rebates is limited to Cheesecake Factory (NASDAQ:CAKE), Ruth's Hospitality Group (NASDAQ:RUTH), and most Shake Shack (NYSE:SHAK) locations. A fourth option -- and more than likely the one that will be the most used -- is Grubhub (NYSE:GRUB) and its Seamless subsidiary. 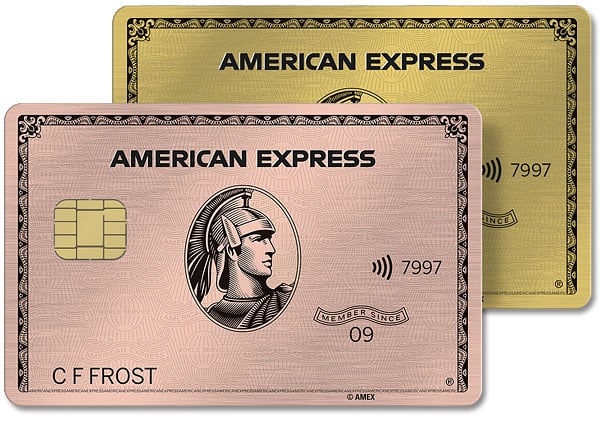 It pays to eat out

American Express is boosting the annual fee on the now foodie-centric American Express Gold Card, going from $195 to $250. Card holders intent on making the most of the $120 in available dining credits on an annual basis will more than offset the $55 increase. All of the attention that the new card is generating for consumers given its generous reward rates for restaurant and supermarket purchases -- and the card's availability in either traditional gold or new rose gold -- is going to be good news for American Express. However, the bigger winners here might be investors in Cheesecake Factory, Ruth's Chris parent Ruth's Hospitality Group, Shake Shack, and Grubhub.

Let's start with Ruth's Hospitality Group. Commanding a market cap of just $865 million -- compared to Cheesecake Factory and Shake Shack at roughly $2 billion apiece and Grubhub topping $10 billion -- makes this deal a potential game changer. Ruth's Hospitality Group's revenue rose 10% in its latest quarter, partly on a 1.3% uptick in comps but mostly through its expansion efforts. We've seen the number of Ruth's Chris Steak House eateries go from 70 to 77 over the past year.

We don't know the exact terms of what Ruth's Hospitality Group, Cheesecake Factory, Shake Shack, and Grubhub are giving up to be a part of this partnership, but even if Ruth's Hospitality is subsidizing the entire $10 statement credit hit, it's going to be a well-placed bet. Ten bucks doesn't get you very far at one of its high-end chophouses when the average guest spends more than $82 per person.

Cheesecake Factory is another chain at which $10 won't get you very far unless you're grabbing a slice of cheesecake to go, though it's naturally not as pricey as Ruth's Chris. There are 198 locations, and like Ruth's Hospitality Group, it's posting modest growth in comps that is being padded by the opening of new locations.

Shake Shack is the one chain among the three at which the $10 can score you a meal at no additional cost if you skimp on beverages. It's also the fastest-growing company, as revenue soared 27% in its latest quarter. Heady expansion is the key to Shake Shack's growth, as all three chains saw their comps rise between 1.1% and 1.4% in their latest quarter. It's just as well, since Shake Shack now has a financial incentive to break into as many new markets as American Express Gold Card members reside in.

Then we get to Grubhub. It stands to attract most of the new dining credit's attention. It already represents tens of thousands of restaurants in more than 900 different cities. Delivery isn't cheap, but folks can save by just leaning on the platform to order takeout and still score the $10 monthly credit. Grubhub itself doesn't make $10 on most of the orders on its platform, but since it charges eateries a commission of as much as 20% to promote their offerings on its portal, this new Amex card is a pretty big deal. Grubhub should experience a spike in volume, and that will make it a necessary hub for lead-hungry restaurants while also giving it more pricing flexibility in charging for participation and sponsored listings.

A lot of people are starting to flash that new rose gold American Express Gold Card. Investors need to recognize the stock-hunting opportunity.