Facebook (NASDAQ:FB) has been under fire for a string of security breaches, but it remains the second-largest online ad platform in America after Alphabet subsidiary Google, according to eMarketer. The research firm also recently reported that Facebook was the top platform for social network video ads, and that its U.S. video ad revenue (including Instagram) could surge from $6.8 billion this year to $10.2 billion by 2020. 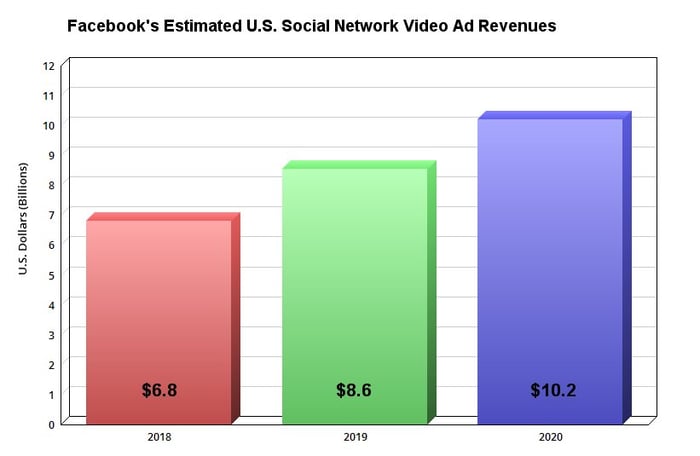 Facebook's growth should be supported by ventures like Facebook Watch, the video platform it launched just over a year ago, and Instagram TV (IGTV), which was unveiled this past summer. Facebook also sprinkles video ads across its core social network, Messenger, Instagram, and the Audience Network, which feeds ads to third-party apps and websites.

However, Facebook's growth in this market could still be derailed by its struggles with privacy and security. If that happens, rival platforms like Twitter or Snapchat could become more appealing to advertisers.