Monday saw a disappointing session on Wall Street, as most popular stock indexes lost ground to begin the week. Despite a nice bounce on Friday, investors still seem to be worried about the big declines that came in the middle of last week, and skittishness among market participants has heightened awareness of any imperfection among key companies. Also hurting sentiment was some bad news regarding several well-known individual companies. Occidental Petroleum (NYSE:OXY), Nutrisystem (NASDAQ:NTRI), and Carvana (NYSE:CVNA) were among the worst performers on the day. Here's why they did so poorly.

Occidental gives up on a key Middle East play

Shares of Occidental Petroleum finished lower by 6% after the oil and natural gas production company said that it would no longer seek to extend its contract arrangement with Qatar Petroleum covering the offshore Idd El-Sharghi North Dome field off the Qatari coast in the Persian Gulf. Occidental has worked with Qatar Petroleum for more than 20 years, and the work has resulted in extensive production gains over time. However, Occidental thinks that it can get better returns on investment elsewhere, and it believes that it will only take a couple of years before alternatives replace the lost production and cash flow from discontinuing the Qatar partnership at this time. 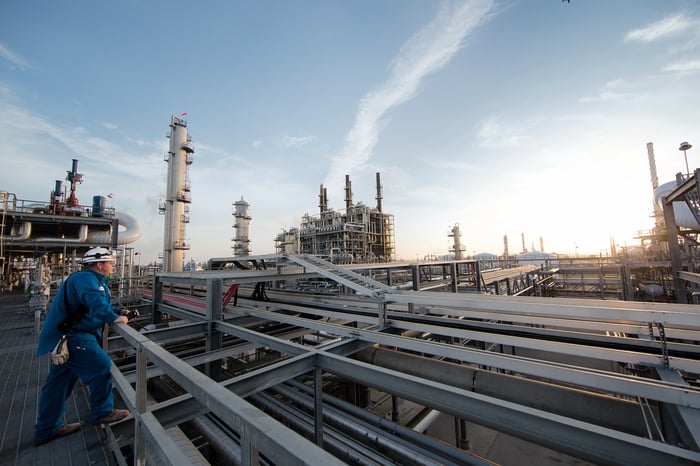 Nutrisystem has an off day

Nutrisystem dropped 11% in the wake of negative comments from a well-known stock analysis company. Analysts at D.A. Davidson cut their rating on the weight-loss and nutritional specialist from neutral to underperform, arguing that it will be tough for Nutrisystem to generate enough growth to achieve its guidance targets for the full year. With competition in the industry gearing up, Nutrisystem could have to resort to discounting in order to bring in new customers. That might not be a bad idea in the short run, but for long-term investors, if Nutrisystem can only retain subscribers by cutting prices, it bodes ill for the company's profit growth in the years to come.

Will Carvana stall out?

Finally, shares of Carvana declined 7%. The company known best for its vehicle vending machines was mentioned in a commentary from Bloomberg that looked at the current state of the market for used-car retailers and argued that traditional auto dealers could have a tough time attracting younger customers without extensive tech resources. Yet even though the piece seemed to favor Carvana's tech-savvy business model, shareholders appeared to react negatively to expectations that other players will enter the industry and look to fight against the company's early-mover advantage.