For years, rapid commoditization led to phone prices consistently trending lower. But more recently, that trend is starting to reverse, with phone prices heading higher, sparked in large part by Apple's $1,000 iPhone X, which launched last year. Other leading handset manufacturers are now following suit. The moves are partially in response to upgrade cycles getting longer and longer, as many average consumers don't see the value in upgrading their phones every one to two years.

Meanwhile, wireless carriers have been aggressively transitioning to installment plans as a means to tether customers to their service plans, replacing the old subsidy model of yore. Those installment plans will also need to be adjusted to accommodate changing consumer buying patterns. 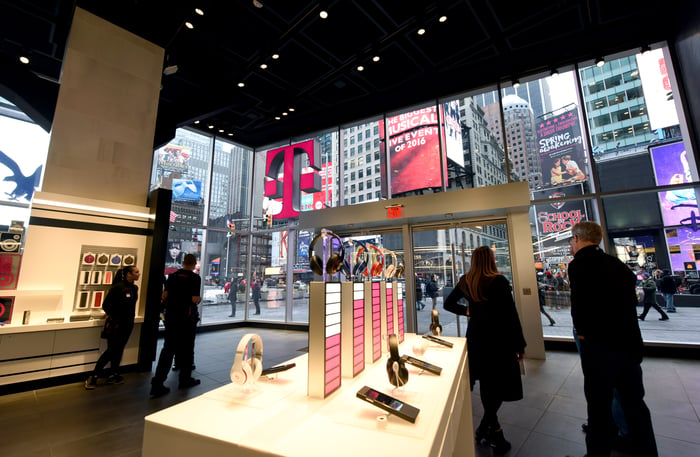 Spreading out the cost even more

T-Mobile (NASDAQ:TMUS) is now exploring longer installment plans, according to TmoNews. Most installment plans tend to last two years (the same duration as service contracts under the subsidy model), but the Un-carrier is now testing out three-year installment plans in an effort to further spread out the cost of those expensive phones and make them more affordable. The new 36-month plan is currently only available for Samsung's Galaxy Note 9, which retails between $1,000 and $1,250 before factoring in any other promotions.

Given the sheer cost of flagship phones these days, carriers can often still require a hefty down payment even after setting up an installment plan. (My wife had to put down $530 for an iPhone XS Max last month through T-Mobile.) By reducing the down payment and extending the length of the installment plans, T-Mobile can not only get more customers onboard, it can also keep them around longer.

Wireless carriers want customers tied to installment plans at all times. By hanging a large outstanding balance -- which becomes due immediately upon service cancellation -- over their heads, carriers can reduce churn and discourage switching. Ideally, from a carrier's perspective, the length of the installment plan will coincide with the upgrade cycle, minimizing the chances that the customer will have a window during which to switch service providers.

It just so happens that the average upgrade cycle in the U.S. has increased to 32 months, up from 25 months a year ago, according to estimates released by NPD in July. The figures also show that more and more people are hanging on to their phones for three years or more: 22% of respondents in the second half of 2017, up from 18% of respondents in the second half of 2016. "The continuous improvement of device build quality and components, coupled with higher price tags, has motivated consumers to hold on to their smartphones for longer periods than in the past," said NPD analyst Brad Akyuz.

If a customer pays off their phone in 24 months but doesn't upgrade until 32 months, that's a window of eight months where they could be shopping around for another carrier. Sure, T-Mobile takes on some credit risk with installment plans (it reported a $116 million credit loss allowance in the second quarter related to installment plans), but extending installment plans to 36 months should greatly reduce the risk of customers leaving at a time when smartphone upgrade cycles are already approaching 36 months.

Hopefully, T-Mobile will roll out the 36-month plan to a broader set of devices to maximize the strategic benefits.