Sizable sales gains came from an unexpected part of the healthcare conglomerate's business.

Johnson & Johnson (JNJ 0.02%) is a behemoth in the healthcare industry. As a member of the Dow Jones Industrials, J&J brings three massive business segments together in one package. On top of the consumer brands that customers have known and loved for generations, Johnson & Johnson has also turned to its innovative pharmaceutical and medical device businesses to provide faster growth in recent years.

Coming into Tuesday's third-quarter financial report, Johnson & Johnson investors had high hopes that the company would be able to sustain its track record of consistent and reliable growth. J&J's results gave its shareholders even more confidence that it has the staying power to avoid difficulties like adverse foreign exchange movements and still keep its top and bottom lines moving higher. 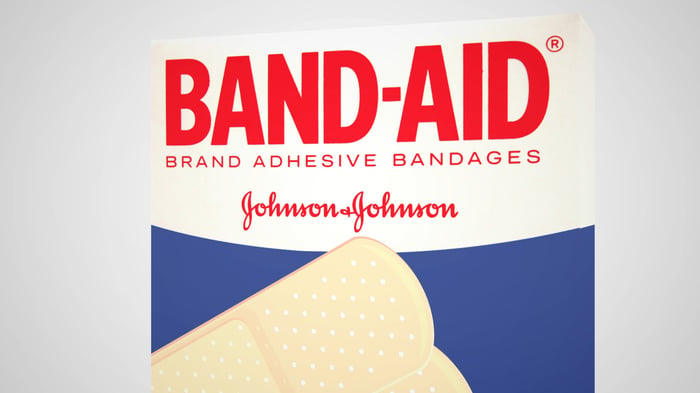 How J&J celebrated the summer

Johnson & Johnson's third-quarter financial results showed the healthcare giant's fundamental strength. Revenue climbed 3.6% to $20.35 billion, nearly doubling the pace of growth that most of those following the stock had expected to see. Substantial one-time items limited growth in net income, which came in at $3.93 billion, up 4.5% from year-ago levels. But after taking into account those extraordinary items, adjusted earnings of $2.05 per share beat the consensus forecast among investors by $0.02 per share.

What was particularly impressive about the quarter for Johnson & Johnson was that the company managed to overcome a huge headwind from adverse currency movements. In J&J's international business, which makes up just less than half of the company's total revenue, foreign exchange reduced revenue growth by four full percentage points. Operationally, Johnson & Johnson reported organic growth of 5.5% systemwide, including a healthy 7.5% rise internationally.

Those who've followed the company for a while know that the pharmaceutical business has produced the most impressive growth rates in recent years, and this quarter was no exception. Pharma revenue made up more than half of J&J's total sales and was up 6.7% from year-ago levels. Notably, J&J's oncology drugs saw sales gains of more than a third worldwide, with Zytiga, Imbruvica, and Darzalex all playing key roles in powering revenue higher. That helped to make up for more sluggish performance in the cardiovascular area, where sales fell 12%. Other target areas like immunology and neuroscience had more mixed results on the revenue front.

Perhaps the biggest surprise came from the consumer segment, where domestic sales jumped nearly 7%. Substantial rises in U.S. demand for over-the-counter medications as well as beauty and baby care products helped the segment's performance, although weakness internationally held back overall consumer sales growth to a 1.8% pace. Medical devices brought up the rear with a 0.2% drop in segment revenue, as notable declines in orthopedics and diabetes care outweighed gains in vision and surgical devices.

CEO Alex Gorsky liked the way the entire company did. "We are pleased with our strong third-quarter performance," Gorsky said, "which reflects continued above-market growth in our pharmaceutical business, accelerating sales momentum in our consumer business and consistent progress in our medical devices business." The CEO also pointed to the investments it has made in innovation as being likely to pay dividends over the long run.

The solid revenue gains prompted Johnson & Johnson to update its guidance positively for the full year. Sales in 2018 should end up between $81 billion and $81.4 billion, which is up from its previous range of $80.5 billion to $81.3 billion. Similarly, J&J guided investors toward the upper portion of its most recent earnings guidance, going from a range of between $8.07 and $8.17 per share to a new range of $8.13 to $8.18 per share.

Johnson & Johnson investors looked happy about the report, and the stock climbed more than 2% in morning trading following the announcement. With the strong support that the healthcare conglomerate is getting from its pharmaceutical segment, Johnson & Johnson is in position to keep making progress and finding new ways to grow for years to come.