Please ensure Javascript is enabled for purposes of website accessibility
Log In Help Join The Motley Fool
Free Article Join Over 1 Million Premium Members And Get More In-Depth Stock Guidance and Research
By Keith Speights - Oct 21, 2018 at 6:31AM

Hint: Tilray isn't one of them.

Canada's recreational marijuana market is now open for business. But not everyone thinks that business will necessarily be great enough to drive marijuana stocks higher. Some are confident enough that certain marijuana stocks will fall that they're putting a lot of money on the line expecting that's exactly what will happen.

You might think that Tilray (TLRY) would be near the top of the short-sellers' list. The marijuana grower's low stock float and wild swings over the last month have received a lot of attention. But Tilray isn't even the most heavily shorted stock among the big Canadian marijuana producers. That dubious honor belongs to Aurora Cannabis (ACB 1.31%), which had 18.69% of its available shares for trading sold short as of Oct. 1, 2018.

Aurora isn't even close to making the top three marijuana stocks with the highest short interest ratio, though. Which marijuana stocks are investors betting against the most? Here's why MedMen Enterprises (MMNFF -4.29%), Organigram Holdings (OGI 2.83%), and CannaRoyalty (ORHOF) rank at the top of the list. 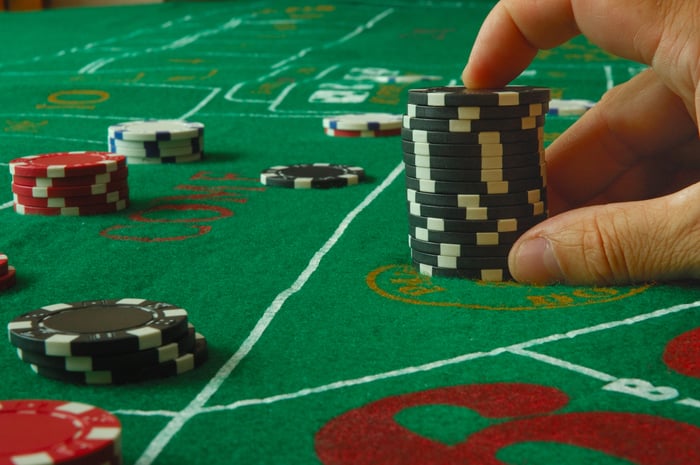 There's some major money betting that MedMen will fall. As of Oct. 1, nearly 42.7 million shares of the marijuana stock were sold short. That represented roughly 38.2% of MedMen's total shares available for trading, according to ShortData.ca, a website that aggregates short-selling information for Canadian stocks.

MedMen's primary focus is on the U.S. retail cannabis market. It currently operates 14 cannabis retail locations in three states -- California, Nevada, and New York. MedMen has been referred to by some as "the Apple Store of Weed" because of its upscale cannabis stores. The company's California stores even generate more revenue per square foot than Apple's retail stores do.

So why have short-sellers come out in droves to bet against MedMen? The most likely reason is that some think that MedMen's market cap of around $3 billion is way too steep for the company's ability to grow revenue. There are plenty of investors who are much more bullish about MedMen, though: Its share price has nearly doubled so far in 2018.

Organigram has attracted its fair share of naysayers as well. More than 75 million of Organigram's shares were sold short as of Oct. 1 -- around 32.5% of the company's total shares available for trading.

Although Organigram's market cap is relatively small, the company is positioned to become a significant player in the Canadian recreational marijuana market. Organigram currently can grow around 36,000 kilograms per year, but it's on track to boost its annual production capacity to 113,000 kilograms by this time next year. That should make the company the No. 7 Canadian cannabis producer in terms of capacity.

The heavy short interest in Organigram could largely stem from expectations that there will be problems with the launch of the recreational market in Canada. It's possible that Organigram, as a smaller player in the market, could feel the brunt of a rocky start-up more than its bigger peers.

While CannaRoyalty got its start making royalty streaming deals in Canada, the company's major operations are now in the U.S. CannaRoyalty is the largest cannabis distributor in California, which claims the largest marijuana market in the world. It also markets several of its own brands, including cannabis edibles, flowers, and vapes.

CannaRoyalty's share price has more than doubled in 2018, with most of the gains coming in the last two months. That kind of rapid rise tends to draw the attention of short-sellers, who think what goes up fast can go down fast, too.

Is the pessimism warranted?

Marijuana stocks, in general, have sky-high valuations. Any negative news could cause many of these stocks to sink, making short-sellers a lot of money in the process. But it's somewhat surprising that these three stocks are so heavily shorted.

While MedMen's market cap isn't justifiable based on its current 14 stores, the company is growing quickly. MedMen is planning to open up to 30 retail stores in Florida, which is projected to be the third-largest state in total marijuana sales by 2022. The company also recently announced a major acquisition that will make it the largest U.S. cannabis company, with operations in 12 states.

Organigram has a strong presence in Canada's Atlantic provinces. It's one of the lowest-cost producers in the country. And -- at least relative to most other marijuana stocks -- Organigram's valuation appears to be attractive.

As for CannaRoyalty, there's something to be said for being the largest distributor in the largest cannabis market in the world. The company could expand into neighboring Nevada as well, which itself claims a significant marijuana market. CannaRoyalty isn't flying as much under the radar as it was earlier this year, but it doesn't seem to be as much at risk of a meltdown as some other marijuana stocks.

The stocks of MedMen, Organigram, and CannaRoyalty could certainly drop. Short-sellers could rake in some profits over the short run. Over the long run, though, these probably aren't the top marijuana stocks to bet against.